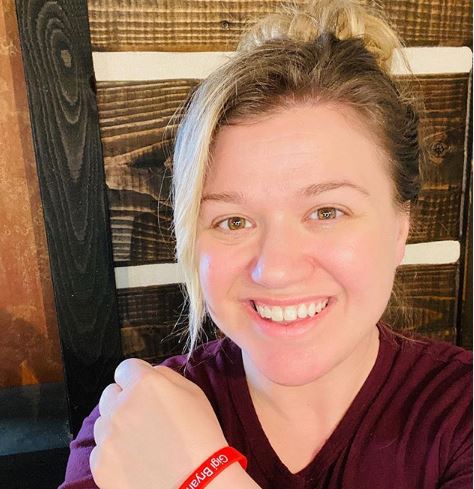 Kelly Clarkson is getting divorced from Reba McEntire’s ex stepson Brandon Blackstock. It turns out that this has Reba struggling a bit. Us Weekly shared about what Reba is feeling plus Blake Shelton lending support. Kelly is very lucky to have so many people to support her during this time. On June 11, she confirmed that the couple was getting a divorce.

A source shared that Blake and Kelly Clarkson have teased that they are siblings before. It turns out that he has been very supportive of her during this time. The two work together on The Voice along with Blake’s other half Gwen Stefani. Everyone has a fun banter with each other and seems to get along on the show.

It sounds like quarantine was part of their problem. A source shared saying, “They clashed on so many levels and being in quarantine together heightened their problems to the point of no return. So she filed for divorce.” Kelly and Brandon share two young children together. It wasn’t easy on anyone being at home all the time with their spouse and children. The big difference is that a lot of marriages were able to make it through this time.

A huge THANK YOU to all of you who shopped Kelly Clarkson Home on Wayfair these past few weeks! It’s because of you that Wayfair and I were able to donate to Feeding America’s COVID-19 Relief Fund. Now let me see all of y’all enjoying your Kelly Clarkson Home finds! Tag me in your pics! Head to @Wayfair and click on the link in their bio for more! #KellyClarksonxWayfair #Sponsored

The Blast shared that Kelly Clarkson’s ex Brandon is still in charge of Blake Shelton’s career. Blackstock has been his manager and as of right now that hasn’t changed. Hopefully, they can find a way to make it all work together without any drama.

If you have paid attention, Reba McEntire and Kelly Clarkson have gotten closer over the years. Even though Reba got a divorce, it is obvious she still considers Kelly’s kids her grandchildren. These two even toured together a while back, which of course, had to make them a bit closer.

A source spoke to Us Weekly and shared that this hasn’t been easy on her. Here is what the source shared.

“[Kelly] broke the news to Reba. Reba’s supportive of both Brandon and Kelly’s decision to split. She’s anguished about it, but she’s not one to judge.”

Don’t miss catching Kelly Clarkson on The Voice.  It was reported that next season Gwen Stefani will be back again in place of Nick Jonas. Fans loved Nick on the show, but The Voice is known for changing up judges now and then. You never know who will show up next.

Jimmie Allen Puts The APB Out On ‘On My Way’ With Jennifer Lopez
Carrie Underwood Hearkens Back To Signature Style On New Tune
Keith Urban Relies On Marital Devotion For Sobriety?
Miranda Lambert Voted One Of Most Influential People 2022
Kelly Clarkson Listens To Fans & Delivers — Here’s How