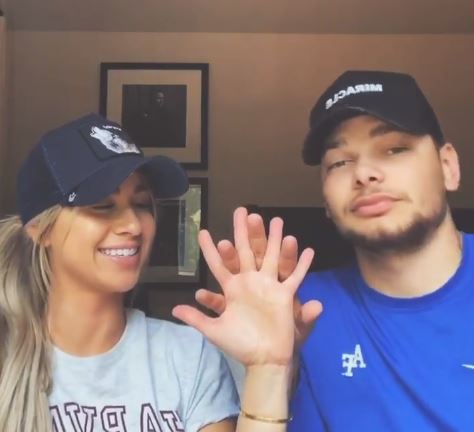 Kane Brown had a bit of trouble today when he ended up getting lost on his own property. Saving Country Music shared about what happened to him. It turns out that he was actually lost for seven hours. That is a pretty long time to be lost anywhere. It sounds like it all turned out okay for the country singer, though.

How did Kane Brown get lost?

Kane Brown did an interview for Extra with Jana Kramer where he shared about it. Honestly, Kane might have not said anything, but Jana already knew and asked him about it. Of course, he couldn’t deny it happened then. Kane Brown explained what happened to her.

“Yeah, we got lost for seven hours. We have 30 acres, and it’s all woods. And we made our own trail. And it started raining, and it started getting dark, and we started running out of gas, and we couldn’t find our trail back. We live by all these cliffs, so everywhere we tried to go and we thought we were getting somewhere, we’d run into a drop off. So we ran into a drop off, so we ended up having to call the cops, and walking down.”

Luckily, Kane Brown had the police to come to help him out. Without that, he would have probably had to stay out there overnight. That wouldn’t have been fun at all.

So how did this happen?

There are a few reasons that it isn’t crazy that Kane got lost. He just moved into this property not long ago. That means that he doesn’t know his way around very much yet. It also got dark and was raining. It can be easy to get lost in an area that you even know very well when this happens.

Kane didn’t share what he was driving out there, but you can assume it was something that could go through the woods and mud. Maybe next time, Kane Brown will set up a path that will help him make sure he can find his way back home again. He also said “we” but didn’t reveal who was along with him. Luckily, his cell phone didn’t die and he was able to call for help. It is a bit surprising that Kane is even admitting that this happened to him.

Are you shocked to hear that Kane Brown got lost on his own property? Share your thoughts in the comments section below.