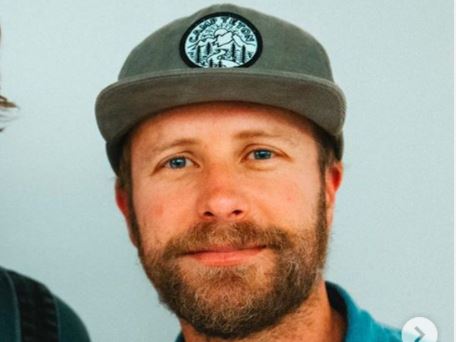 Drive-in theaters around the country had to come up with a new way of making money. Because of the coronavirus pandemic, music stars are doing drive-in concerts. However, Dierks Bentley won’t be one of those country artists doing a drive-in concert.

Dierks said, “I feel like, with music, there’s so much to do other than touring. I miss touring and can’t wait to get back out there again. But just can’t imagine doing it without it being the way that we do it… I mean, I can’t imagine playing a drive-in.”

Dierks Bentley did admit that he “really hadn’t put much thought into it.” But “If demand were there and fans were twitching for that,” he might be able to “go out there and do it for them.”

However, he thinks the style of that kind of show doesn’t jive with how he likes to perform.

There Are Other Ways To Be Creative

“My shows are geared towards this direct interaction, and is very physical with fans and very high energy,” Bentley said.

“This doesn’t feel like a lot of fun for anybody right now,” Bentley added. “I know we’re all missing touring, but there’s a lot of ways to be creative.”

According to ET, the country artist has been directing his creative energy in his new show with Apple Music Country, The Nashville Countdown. “It’s really something we’ve been working on a few months now, just keeping under wraps, and so it’s nice we get a chance to tell friends about it,” Dierks said. He added that he’s excited for “a chance to host a countdown [show].”

“[It’s] a show based on the hits, [featuring] the most popular songs and the popular artists in the genre right now,” he explained. “However, it being Apple Music, they want to make it different. At the same time fun and unique and they’ve really allowed me to put my own stamp on it.”

Chance To Connect With Fans

Dierks Bentley thinks his new venture with Apple Music Country is “a chance for me to connect with my fans,” because he’s not touring or doing drive-in shows. Without that in-person connection, Dierks feels like most country artists will have to interact in a new way with fans.

The country artist explained, “I do feel like, maybe next summer, there will be a way to get out there and play shows. However, I guess, socially distanced in some way. And when they do, I’ll be the first one back out there touring again.”

“But until then, you know, it’s just time for family and friends and being creative, I think,” Dierks added.

There’s no word yet on a new album from Dierks Bentley, but it will be worth the wait.

Jimmie Allen Puts The APB Out On ‘On My Way’ With Jennifer Lopez
Kelly Clarkson Listens To Fans & Delivers — Here’s How
Carrie Underwood Hearkens Back To Signature Style On New Tune
Miranda Lambert Voted One Of Most Influential People 2022
Blake Shelton Headlines 2 Major Events, See What