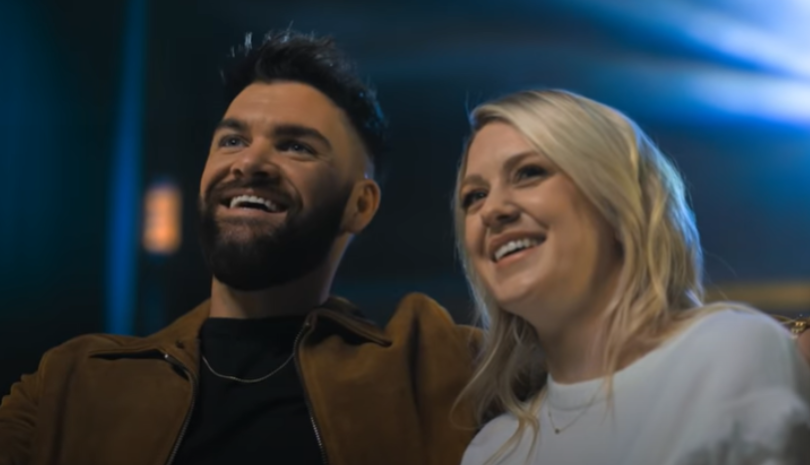 Dylan Scott continues to enjoy the success of his latest hit single “Nobody” as the song climbs the country radio charts. Scott released “Nobody” on his Nothing To Do Town EP in 2019, and in December he released the accompanying music video for the song. Dylan spoke with Country Now and revealed five little known and some unknown facts about the single. The first reveal being, how well the song is currently doing. Right now, the track is sitting in the top thirty on country radio, but that is just the first thing fans may not know.

Scott started his list with the easiest thing by listing the current standing of the single on country radio. But he followed up with a few more interesting facts. Fans may not know but Dylan Scott told Country Now that he and two of his friends wrote “Nobody” while they were traveling on his tour bus. The singer shared with People, “The idea for writing “Nobody” was basically an idea my co-writer brought to me and it fit my life perfectly”.

Scott even admitted to being so excited about the song as he was writing it that he had a Tom Cruise on Oprah’s couch moment. He confessed that he was jumping on the couches in the bus because he “knew this was a special song from the beginning”. The fourth thing was on the lighter side as he talked about his son Beckett. Beckett, who appears in the music video, apparently renamed his dad’s song because he calls the song “Everybody”.

And last Dylan said he wrote the song about his wife, Blair. Scott shared, “It’s exactly how I feel about my wife and something I’ve said to her before, ‘Nobody is gonna love you like I do.’” In the video clip of the singer talking about what fans might not know he recalls one time in particular that he used this line. “We were in Walmart and I was feeling cocky”. Scott cheekily continued, “I looked at her and said, ‘Hey, nobody is ever going to love like I’m going to.’” And that was all he wrote.

Dylan and Blair have been a couple for more than ten years. They started dating in high school and continued dating long-distance when Dylan moved to Nashville to pursue music. The Louisiana native is no stranger to writing songs for Blair. Scott’s first number-one single “My Girl” was released in 2016. In this song, he talks about everything he sees in Blair that others don’t notice. Dylan was initially hesitant to release “My Girl”. He didn’t believe people would want to hear about “my mushy, gushy love story with my girlfriend”. But when the song reached number one, he was happy that their love story was a “big hit”. The couple got married in 2016 and have son Beckett and daughter Finley.

The music video for “Nobody” features Dylan and Blair in an empty theater watching home videos of their lives together. Some of the clips included their wedding and moments with their children. Scott said this music video was “special” because it involved his family. “The video is special to me because I got to show a look inside everyday life for my family. I love involving my kids.”