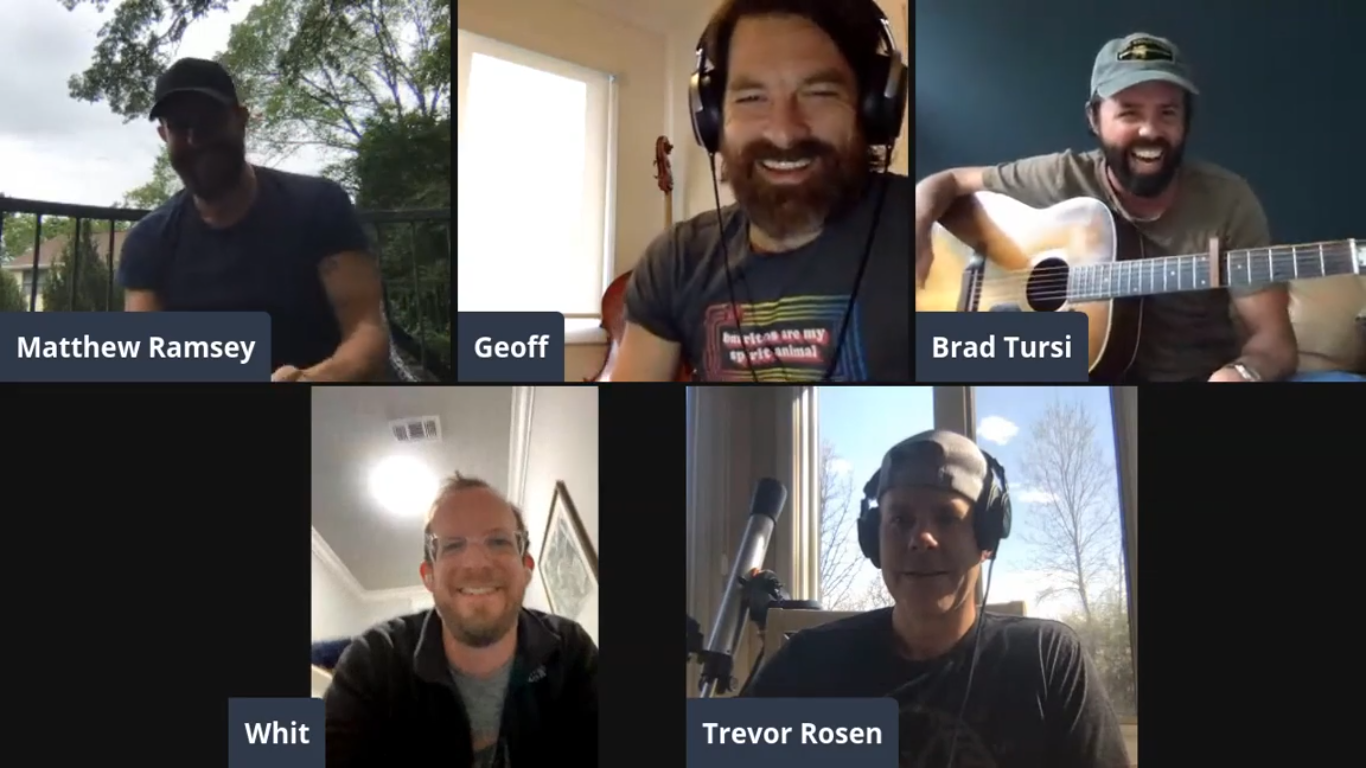 Old Dominion released their song, “Some People Do,” in early 2019. The single was written by Shane McAnally, Thomas Rhett, and the band’s singer, Matthew Ramsey. In a recent interview with The Boot, McAnally revealed the inspiration and meaning behind “Some People Do.”

Thomas Rhett came up with the song idea

McAnally recalls that he was packing up after writing a song with Ramsey and Rhett. The three had been writing for hours but didn’t come up with anything that would turn into a hit. Then, as they were conversing when they were about to call it quits for the day, one of the guys said, “But some people do.” McAnally said that at the time, the phrase didn’t have anything to do with the song or relationships. However, it soon turned into something bigger.

McAnally explains that the song is about all three guys, but especially about Ramsey and Rhett. They both had families when they started their music careers. They often have to spend extended periods of time without their wives or kids. So, they strongly relate to this song.

McAnally convinces Old Dominion to try “Some People Do”

Before trying the new song with Old Dominion, Ramsey and McAnally thought Rhett should use it. However, after playing it for his label, it didn’t seem like it would work for him.

So, Ramsey and McAnally decided to ask the other Old Dominion members what they thought about “Some People Do.” At first, Old Dominion wasn’t confident that they could pull it off. Finally, they decided to give it a shot. They played around with the tune for days, but couldn’t seem to find a way to make it fit with their style. After a while, they tried one of the earliest versions of the song, which was a piano solo. Old Dominion fell in love with the melody on the piano and decided to record it.

Now, “Some People Do” is one of Old Dominion’s most popular songs. McAnally said that he never envisioned it becoming their single. However, with work from the band and the writers, the song is now played everywhere. McAnally said, “Regardless of its commercial success, it’s one of the things I’m the most proud of.”

What do you think of Old Dominion’s song, “Some People Do”? Let us know in the comments.

Miranda Lambert Voted One Of Most Influential People 2022
Jimmie Allen Puts The APB Out On ‘On My Way’ With Jennifer Lopez
Blake Shelton Headlines 2 Major Events, See What
Maren Morris’ Tour Bus Is Far From Humble
Carrie Underwood Hearkens Back To Signature Style On New Tune