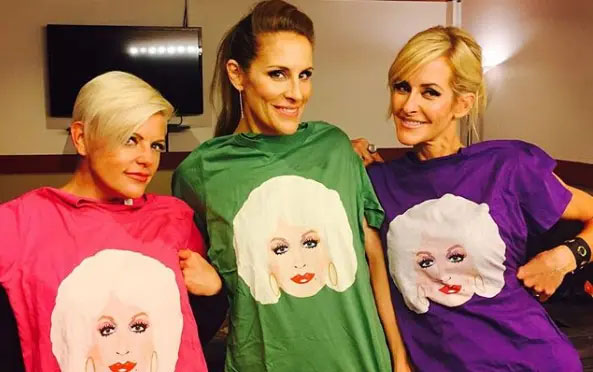 Dixie Chicks are now The Chicks

The Chicks, Natalie Maines, Emily Strayer and Martie Maguire, are formerly known as the Dixie Chicks. Leader of The Dixie Chicks, Natalie Maines announced on social media that the trio are rebranding as The Chicks, reports The Boot. Consequently, their Twitter handle changed from @dixiechicks to @thechicks sometime in the morning hours of Thursday, June 25th. Luckily, Twitter’s verification blue checkmark is still present. Understandably, fans anticipate the name change will hit Instagram and Facebook soon.

Day after Mother’s Day. Thank God that’s behind me!

Did Lady A pave the way?

Notably, the name change comes days after Lady Antebellum announces their name change to Lady A. It’s surmised that the name change is a “response to the conversation around racial injustice in America and the former name’s connection to slavery,” writes The Boot. However, The Boot cites that the origin of Dixie Chicks, now known as The Chicks, isn’t geographical, but musical. The name is originally pays homage to their Texan heritage.

Additionally, Paper reports that The Chicks styled themself after the Little Feet album and song “Dixie Chicken.” Undoubtedly, it makes sense that the group would change their name based on the connotation of “dixie.” Throughout the years, the term “dixie” became heavily connected to the state south of the Mason-Dixon Line. Subsequently, this connects the term to the Confederacy.

How do The Chicks feel about this change?

Remarkably, The Chicks of New Zealand agreed to let the Country Trio use the moniker. The Chicks say, “We are honored to co-exist together in the world with these exceptionally talented sisters.” Similarily, Lady A had to speak with another band of the same name in order to use their new moniker.

Also, while Lady A made the announcement in a four-page open letter on Instagram, reports Yahoo, The Chicks seemingly took a more subtle route. However, Yahoo shines light on the very clear message the trio gave with the release of their song “March March.” The song’s video features a substantial amount of strong imagery. For example, footage of protests for women’s rights, LGBTQ rights, and Black Lives Matter.

Historically speaking, The Chicks speak their mind on political matters. For example, in 2003, while criticizing President George W. Bush, Maines says, “We do not want this war, this violence, and we’re ashamed that the President of the United States is from Texas.” There is speculation that this statement led to the hiatus the trio took shortly afterwards.

Keep your ears tuned to wherever you stream music for the release of Gaslighter. Check back to Country Music Alley for more country music news.