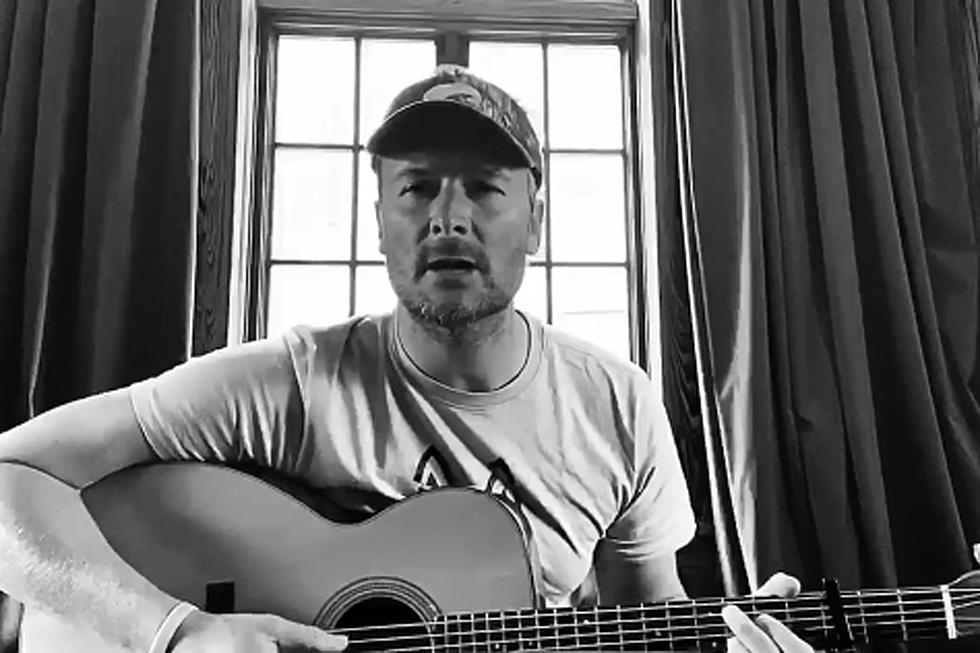 Country music singer, Eric Church, has a few songs with powerful messages under his belt. Consequently, Fox News reports that his latest track isn’t any different. For this song, the singer-songwriter “urges fellow country artists to cover topics such as social injustice issues people are facing in cities like Detroit and Baltimore, veterans having a difficult time returning from war and teachers being underpaid.”

Seemingly in a call to action, Church sings, “Stick that in your country song, yeah/ Take that one to No. 1, yeah/ And get the whole world singing along, yeah.” The song goes on to bring attention to full prisons and empty factories in Detroit with the post-chorus line of, “Mamas crying, young boys dying /Under that red, white and blue still flying.” The singer goes on to sing, “where dreams become drugs and guns/ The only way out is to shoot or run,” in light of the tragedies in Baltimore.

Unfortunately, the official music video for “Stick That in Your Country Song,” hasn’t been released yet. However, the audio from the single is found above.

There hasn’t been a follow up to Church’s 2018 album, Desperate Man. However, fans may be relieved to know that an untitled album is in the works. The Associated Press reports, “he, his band, and some writers went into the North Carolina mountains and wrote new music every day.” Surprisingly, Church goes on to say, “I don’t know if this an album, if it’s two albums, if it’s three.” In other exciting news, he says, “I feel confident enough with the material that people will get to hear all of these songs at some point.”

How did Church spend quarantine?

Remarkably, USA Today reports prior to the pandemic, Church recorded 28 songs in 28 days. He did so by renting an Appalachian diner in North Carolina and “transforming it into a makeshift studio.” In a true testament to his art, he says, “For three or four days, I wasn’t sleeping, because I was in the studio all night and getting up in the morning.” He goes on to say, “I couldn’t turn it off. …It really opened up some great stuff, creatively.”

Additionally, Church debuts a few songs over the course of his time in the mountains. In February, fans got to hear, “Jenny” during an acoustic gig. A few months later in April, “Never Break Heart” made it’s debut during the Academy of Country Music’s “Our Country” network special. Later that month, Church teases, “Through My Ray Bans.”

What does the future look like for Eric Church?

Like many artists, the question of what the new normal will is amid the coronavirus pandemic is looming.  Speaking to the coming back to concerts, Church says, “When people come back, they have to feel it’s okay to be there, that they can experience the way that they want to experience it.” Additionally, he says, “They should be able to go up and throw their arms around the person next to them. They should not be scared about being three feet away and not six.”

While there is still no word on the release of new music from Eric Church, he confirms there is plenty of material for albums to come. Check out Country Music Alley for more country music news.

Blake Shelton Headlines 2 Major Events, See What
Kelly Clarkson Listens To Fans & Delivers — Here’s How
Carrie Underwood Hearkens Back To Signature Style On New Tune
Jimmie Allen Puts The APB Out On ‘On My Way’ With Jennifer Lopez
Keith Urban Relies On Marital Devotion For Sobriety?