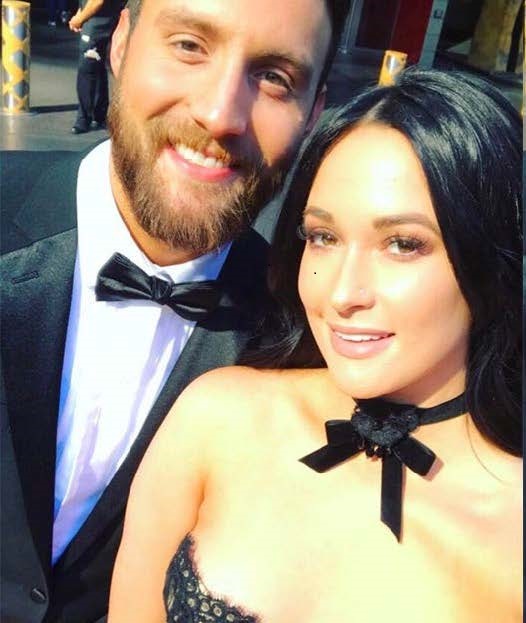 After meeting in 2016 at the Bluebird Cafe in Nashville, People reports that Kacey Musgraves and Ruston Kelly are getting a divorce. Both musicians are 31-years-old.

In hindsight, the couple was seemingly happy. The couple went on to write songs together. Musgraves describes sparks flying and says, “That’s all she wrote.”

Musgraves and Ruston got married in October 2017. The “Merry Go ‘Round” singer and her sing-songwriter husband gave a joint statement about their divorce. Yahoo!Life alleges that there is much speculation about the couple’s demise. Additionally, they wanted their own words shared about their split. They said,

“With heavy but hopeful hearts we wanted to put our own thoughts into the air about what’s happening. These kinds of announcements are always met with scrutiny and speculation and we want to stop that before it even starts,” their statement said. “We believe that we were put into each other’s lives for a divine reason and have both changed each other infinitely for the better. The love we have for each other goes far beyond the relationship we’ve shared as husband and wife. It’s a soul connection that can never be erased.”

The Associated Press was the first outlet to release the statement.

Ultimately, there is speculation that this was a looming decision. The news is fresh off the heels of Musgraves attending the CMA Awards with Gigi Hadid. Also noted, Musgraves and Kelly recently deleted their wedding photos from Instagram.

How have the exes worked together in the past?

Remarkably, Musgraves won a Grammy for Album of the Year in 2019. In an interview with Glamour, Musgraves attributes the success of Golden Hour to her relationship with Kelly. “I started to see the world in a more fond, pretty light,” she describes the early phase of her relationship with Kelly. “After meeting this person who really allows me to just be myself, not have to walk on eggshells for any reason, songs started pouring out.”

Historically, the couple is known to work well together. According to ABC News, the couple sang together on the song “To June This Morning”. The song is from the album Johnny Cash: Forever Words. ABC News describes the album as “a compilation project created from Cash’s unknown poetry, lyrics and letters”. Heartwarmingly, Musgraves also preforms the background vocals for Kelly’s album Dying Star.  It is bittersweet, but Kelly’s new album, Shape and Destroy releases on August 28th. The album features Musgraves, as well as, Kelly’s father and sister.

Is there new music in the works for Musgraves?

While there is no news on when Musgraves will release a new album, The Boot reports on Musgraves’s feelings post-release of Golden Hour in 2018. Retrospectively, her thoughts on the matter are upsetting. “I think that, as creators, we all get a little bit worried that the muse isn’t going to find us again,” she says fresh off the heels of the wild success of Golden Hour.

Check back to Country Music Alley for all the latest news on your favorite Country music stars!