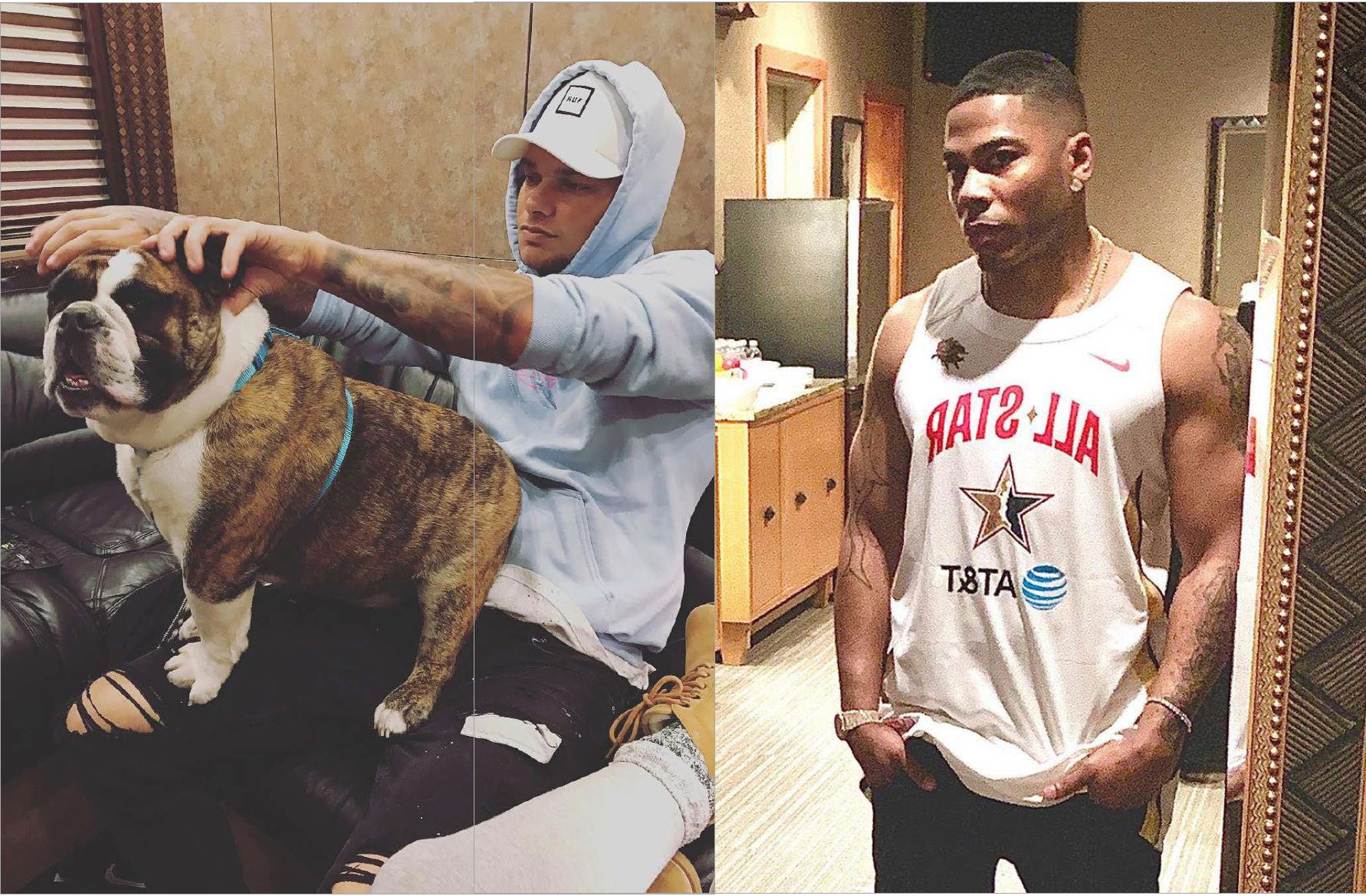 After completing filming for the single “Cool Again,” in Miami, Country music artist Kane Brown and rapper, Nelly take to IGTV to announce their collaboration.

Nelly posts a 13 minute and 56-second clip of him and Kane doing their thing. He captions the post, “Me and lil bro.” Rightfully so, fans take to the post to show their excitement. One fan writes, “Release this now! @nelly you always put the cherry on top!!! #perfecttwist”

Other Country music collaborations with Nelly

Notably, this isn’t the first time the successful rapper’s collaborated with a country music star. For quite some time, Nelly’s been known to cross the metaphorical musical genre line to create chart-topping hits.  In 2004, Nelly and Tim McGraw released “Over and Over.” Surprisingly, the single was for Nelly’s album Suit. Taste of Country even reports that the unlikely duo sounded “so alike on the track at times that it was difficult to figure out who singing.” The single hit No.3 on the pop charts.

“I Love My Country” will be everywhere you listen to music one week from today Friday March 27th! Let’s go! #ilovemycountry #timeforapartyjam #loveyall

More recently, Nelly joins forces with Country act, Florida Georgia Line in 2013 for the remix of “Cruise”. Without a doubt, the song was already wildly popular, but Nelly’s “Country Grammar” flair took the single over the top. Taste of Country states that “the megahit was certified nine times Platinum, and set records for weeks at No. 1 charts.” Also of note, the country duo and Nelly later went on tour together.

Other Hip-hop/Pop artist that collaborated on Country songs

Interestingly enough, Nelly isn’t the only rapper to cross into the country music genre. In 2011, Ludacris hops onto Jason Aldean’s No. 1 hit, “Dirt Road Anthem.” According to Taste of Country, the song was originally slated for country/hip-hop artist Colt Ford. Fans may be quick to forget the collaboration between Taylor Swift and T-Pain in a track titled “Thug Story.” The cross-over phenom dubbed herself T-Swizzle for this track. There are also mixed reviews about the collaboration of Brad Paisley and LL Cool J for “Accidental Racist.” Lastly, in the realms of mixed reviews, there is Sugarland and Beyonce with “Irreplaceable.” However, it seems that the criticism of this rendition isn’t the vocals, but more likely the “odd vibe onstage.”

What else is in the works for Kane Brown?

Country Now reports that Kane Brown performs “Cool Again,” “Lose It”, and Uncle Kracker’s “Drift Away” on iHeartCountry’s 4th of July BBQ Special. The performance takes place in Brown’s backyard. During this time he explains what the 4th of July means to him. “The 4th of July means to me celebrating freedom and all of the United States, or just family and hanging out with friends.”

Heartwarmingly, he also discusses what it’s like to be a new father. “It’s amazing being a new Father, I didn’t know it would be this fun. During quarantine, I got to see everything that was happening, everything that was going on, I got to see her [Kingsley] two teeth grow in so far, she found her tongue, she’s constantly sticking it out at us. It’s one of the best feelings in the world,” he dotes.

Be sure to check out CWTV.com to catch the concert event on replay all weekend during the 4th of July! The event features Kane Brown, Lauren Alaina, and Old Dominion. Stay tuned to Country Music Alley for more Country music news.

Carrie Underwood Hearkens Back To Signature Style On New Tune
Kelly Clarkson Listens To Fans & Delivers — Here’s How
Jimmie Allen Puts The APB Out On ‘On My Way’ With Jennifer Lopez
Keith Urban Relies On Marital Devotion For Sobriety?
Blake Shelton Headlines 2 Major Events, See What