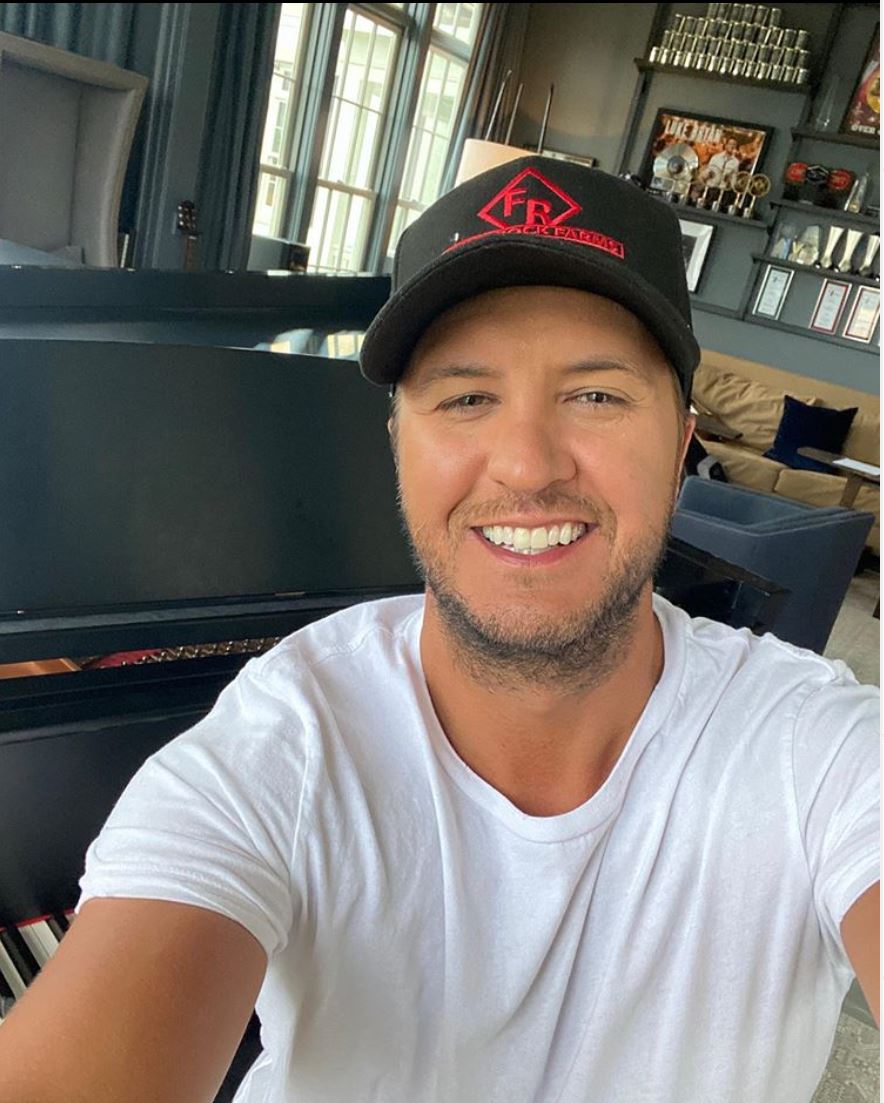 While summer 2020 may be drastically different than what many people hope for, Luke Bryan isn’t passing up the opportunity to check some things off of his bucket list. Live with Kelly and Ryan interviewed the Country music superstar from his fishing trip in Wyoming.

While many musicians relish the chance to spend the summertime touring, the coronavirus pandemic has made that nearly impossible. Seemingly, always looking to the bright side of things the “Knockin’ Boots” singer saw this as a chance to do what he calls, “some bucket list stuff”. While speaking with Kelly Ripa and Ryan Seacrest, Luke says he loaded up all of the boys on the tour bus and headed out West.

Bo and I are ready to post up for tonight’s episode of #AmericanIdol. Cook up some food, gather around the TV and let’s #StayInTogether.

Luke Bryan and his wife, Caroline Boyer have two sons, Thomas “Bo”, 12, and Tatum Christopher, 10. In 2007, Luke’s sister, Kelly died unexpectedly. Caroline tells CMT, “She was healthy, beautiful, and the best mom to ever walk this earth. Sadly, fans may remember when tragedy struck the Bryan family again in 2014 with the death of Luke’s brother-in-law in 2014. It is at this time that Luke and Caroline became parents to teenagers overnight. With his nieces and nephews orphaned, Luke Bryan adopted Til, Jordan, and Kris. At the time, the children ranged in age from 16-22.

According to Luke, there are about ten streams out west on his bucket list. He tells Kelly and Ryan that on Sunday, July 12th he was about 9,300 feet up in the Rocky Mountains. Consequently, the Georgia native explains that the altitude chapped his lips. Additionally, he shares with the Live with Kelly and Ryan crew that he’s celebrating his birthday (44) on the road. However, he seems pretty excited that Caroline is coming up to join him and the boys. In addition, the Country singer gets to celebrate his 25th No. 1 single, “One Margarita”.

Will Ryan Seacrest join in on the bucket list?

At this point in the interview, things began to get playful. Kelly asks Luke if he’s ever hooked someone fly-fishing. Without missing a beat, Luke proclaims, “Only about one-hundred times.” Joining in on the fun, America Idol castmate, Ryan Seacrest asks when Luke is going to take him fishing. It’s at this time, the two make a deal. Luke says, “I just have to protect you.” Trying to hold back a laugh, he goes on to say, “Okay, here’s the deal. One day I will take you fishing and you can take me to these nice restaurants and teach me all of these cuisine things you know.”
Remarkably, it seems that during the difficult times of COVID-19, Luke Bryan and his family are making the most out of their time together. Hysterically, fans get an inside look into the husband and wife dynamic of Luke and Caroline. They’ve spent some of their time during quarantine pranking each other. Luckily for fans, they film and share these online.

So while, Summer 2020 may be a little different than summers past, Luke Bryan is making the most out of it doing #bucketliststuff and spending time with family. Stay tuned to Country Music Alley for the latest in Country music news.