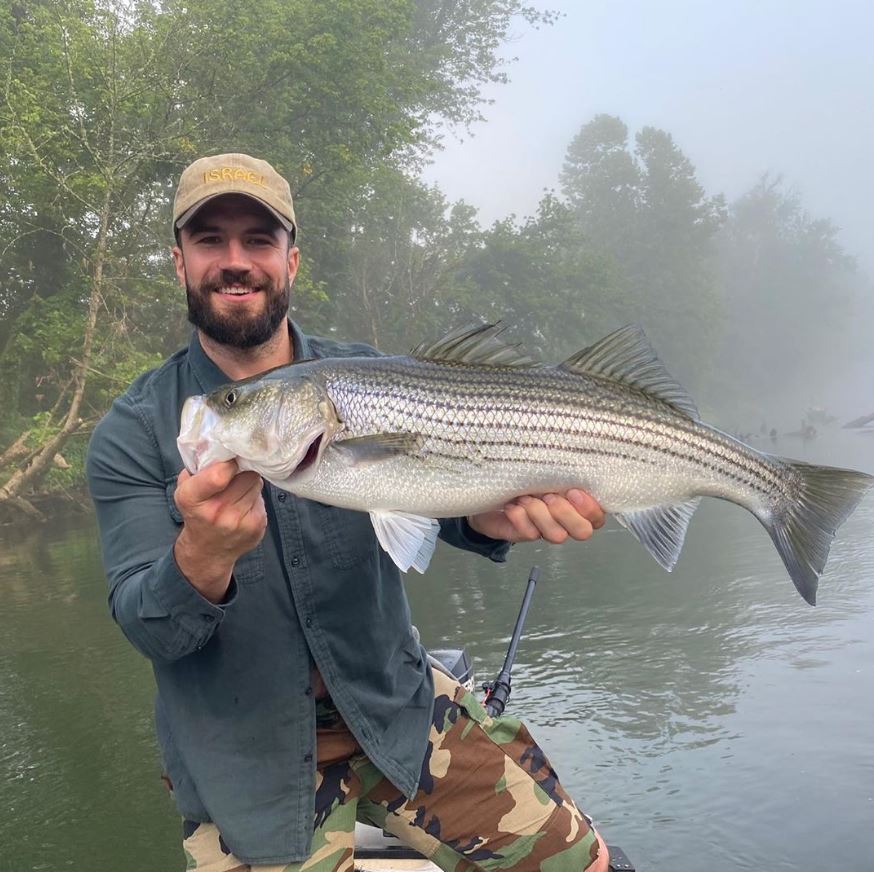 Country crooner Sam Hunt has something to celebrate. He hit No. 1 with “Hard To Forget,” according to Headline Planet’s country radio singles chart.

How does the rest of the Country Music chart line up with new Sam Hunt #1?

Notably, “Hard To Forget” is Hunt’s seventh #1 country radio hit. “Hard To Forget” follows up “Leave The Night On,” “Take Your Time,” “House Party,” “Make You Miss Me,” “Body Like A Back Road,” and  most recently, “Kinfolks.” Due to this move on the chart, Hunt knocks two-week chart topper, Luke Bryan’s “One Margarita” to #2. However, Miranda Lambert’s “Bluebird” holds tight at #3. Also keeping steady, Chris Janson’s “Done” stays at #4. Excitingly, Maddie & Tae’s “Die From A Broken Heart,” climbs one spot to #5.

Relatably, Sam Hunt shares on social media that he celebrated his No. 1 by going fishing. Excitingly, he shows off a Tennesse Striper he caught on his fishing trip.

Thanks to everybody who helped make Hard to Forget #1!! Celebrating with some early morning Tennessee Stripers

Of note, when it comes to the songwriting of the Georgia native’s recent No. 1 song, is the unique mash-up of musical genres. Win Country points out The Bellamy Brothers’ suggestion to combine Jamaican rhythms with 1953 country classic “There Stands the Glass,” by Webb Pierce.

Humbly, Sam Hunt notes that “can’t take credit for coming up with it.” Hunt elaborates, “it was just a perfect storm of a lot of creative people coming together to make that happen.”  The song was co-written by some familiar names in the Country music circuit. Namely, Luke Laird, Shan McAnally, Josh Osborne, Ashley Gorley, Audrey Grisham, Russ Hull, and Mary Jean Shurtz all lend their creative energies to the new No. 1 hit.

Keeping in line with his creative streak, the music video for “Hard To Forget” features a depressed clown, a goat, an aging cowboy, and Hunt playing checkers with a holographic twin. Giving perspective to the video, Hunt explains, “I’m inserted into that scenario, just observing and also partaking in the craziness.”

With quite a variety of creative characters in the music video, Sam Hunt offers his perspective. Consequently, he lends some of the credit to the video location. “That was shot at a really cool hotel outside of Los Angeles,” reveals the “Make You Miss Me” singer. Offering insight into the story line, Hunt says, “It’s just this little world that exists at this little hotel where you’ve got this kind of motley crew of characters.” He goes on to hypothesize, “whether they’re running from their problems or not, they’re all there just trying to do their best.”

Continuing to open up about his music, Country Now reports on Sam Hunt’s thoughts about how this “Hard To Forget” compares to his other songs. “‘Hard to Forget’ is a fun song that is kind of like ‘House Party’ and even ‘Leave the Night On,’ which is the first single I put out on my first record, and then I put out a song ‘Body Like A Back Road’ and then playing these songs live they go over so well in a live setting and are so fun to play live that I started to lean into that lane more on this record,” explains Hunt. Additionally, Hunt believes “Hard to Forget” balances a lot of things in one song.

With all of this in mind, fans are excited to hear more from Sam Hunt. Stay tuned to Country Music Alley, for more chart-topping and Country music news.