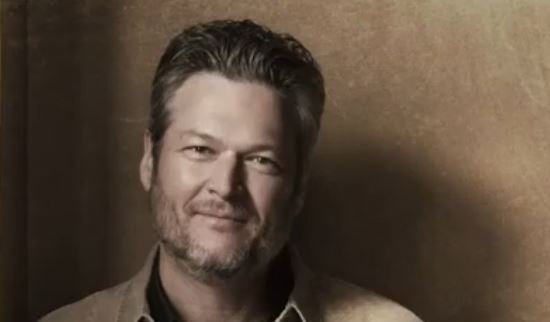 Blake Shelton can’t stop gushing over girlfriend Gwen Stefani even after five years. Because, they share such a connection they are releasing their fourth song together. “Happy Anywhere” will be out on Friday.

The sweet couple have worked together on their fourth duet together. Blake Shelton, 44, say’s the new song “Happy Anywhere” reflects his feelings for girlfriend Gwen Stefani, 50. Because of the pandemic what else can you do but make music?

“An Okie boy and a California girl look on paper like an unlikely match, but what matters is she’s a great human being,” says Shelton. “Gwen is the most understanding, kind-hearted person I’ve ever met and I learn something from her every day.”

The two stayed at Shelton’s cherished Tishomingo ranch because Blake and Gwen have had more time on their hands recently. The Voice judge says, “The simple pleasure of being together in one place for an extended period of time has been a real gift. We cook, we clean, we ride four-wheelers and we just enjoy being with each other and with family.”

Blake Shelton and Gwen Stefani’s new song marks their fourth time collaborating together, and Shelton says having his girlfriend on the song was a no-brainer.

The down-home video “Happy Anywhere” was filmed in the country artist’s home state of Oklahoma. Blake Shelton says it’s a peek at their everyday life together. “There was a camera shooting the things we do every day,” he says. “We make biscuits, fish, sing together, spend time with family … just a day in life!”

Blake Shelton says they actually recorded “Happy Anywhere” before the big hit “Nobody But You.” However, they wanted to wait until the right time to release the new song. Apparently, that right time is now. Blake says, “We’re all still socially distancing, so there’s no better time to be happy anywhere with the person or people you love. It doesn’t matter where in the world you are — as long as you’re with them, you’re happy.”

According to People, the stars will be heading back to Los Angeles soon. The Voice premieres this fall on NBC. Blake says, “There’s nothing like the in-person camaraderie with the other coaches, and it’s more fun to give them crap in that live setting.”  Shelton who will be facing off against Stefani, John Legend and Kelly Clarkson. “You make a lot of friends on set, and I’m looking forward to being back to our big extended family.”

Blake Shelton and Gwen Stefani met on the set of the Voice in 2014 and started dating in 2015 after their respective marriages dissolved.

Friday you can listen to the duet by Blake and Gwen, “Happy Anywhere” when it’s released on all streaming services.