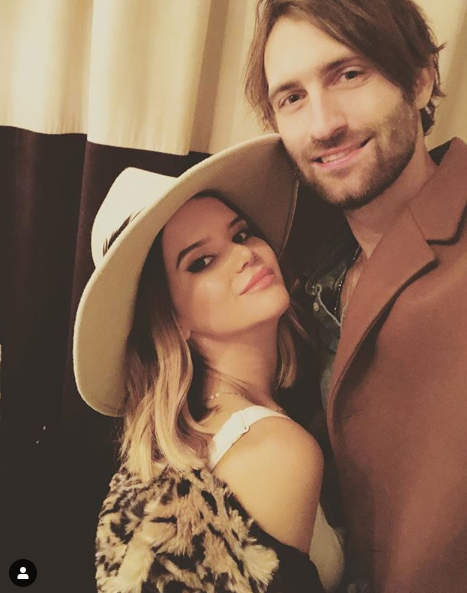 Rising female country singer Maren Morris has been under fire lately over photos of her four-month-old son that she shares on social media. The photos featured the singer and son, Hayes, chilling on an oversized float on a lake. The pair wore matching outfits and sunglasses. The post quickly went viral and Maren started getting slammed across the web by people taking aim at her parental judgment for having her infant on a float with no lifejacket.

Now a few weeks past the post and the social media rampage it caused, Maren is opening up to fans about the experience. The 30-year old artist says that she was the unfortunate victim of some pretty horrible ‘mom-shaming.’ As a result, she now vows that she will not be sharing pictures of her son on social media anymore.

Maren appeared last week on Wednesday night’s episode of ‘Watch What Happens Live’ with Andy Cohen. During the interview, the singer tells the host, that she plans to be more private in regards to sharing her son’s image on social media. Morris says that the rude, judgmental attacks from people online were a bit more than she could handle right now. She feels that keeping her home-life a bit more private will help shield her family from that kind of negativity.

“I’m gonna be a little more private about [Hayes],” said Morris, 30. She continues that while she is okay with people dissing her music, she can’t “emotionally handle” the mom-shaming. She says,

Maren goes on to say during the interview, that despite people’s concerns and commentary that her son was completely safe during the photo. In addition to Mom being on the float with Hayes, several other adults were also surrounding the float to keep the float steady for the photo. Or as a standby in case any help was needed. The float was in one foot of water and also securely tied to a dock.

Trolls Go On to Body Shame Maren in Later Photos

After the incident with the photos of Hayes, trolls went on another rampage, this time shaming the singer for showing too much cleavage in an Instagram post. In the photo, Maren is wearing a super low cut, body con dress with side cutouts. The caption notes her “wavy hair.” The singer looked off to the side in the photo showing off curly/wavy bangs on either side of her face.

Minutes after the post went live, the comments were ablaze with women who took shots at Maren. Many fans were shaming her for being a mother and showing so much skin.

People Magazine managed to publish a few of the original comments on the post – many abusive comments were later deleted by the account. Commenting on the post has now been disabled.

One Instagram user taunted the singer. They wrote that her appearance was ‘distasteful’ and that her child didn’t have much to look up to.

“Wavy hair as the camera is only on your t–s . Yes it’s distasteful for sure,” wrote the commenter. “If your caption reads wavy hair maybe keep the focus on the hair, or perhaps make the caption big boobs ? Just saying like holy cow. Everything in this world doesn’t make sense anymore, clearly these littles don’t have much to look up to either,” the user posted.

This time, Maren clapped back, throwing a sassy bit of shade right back –  “Girl BYE. Don’t let my boobs knock you on the way out,” responded the singer. 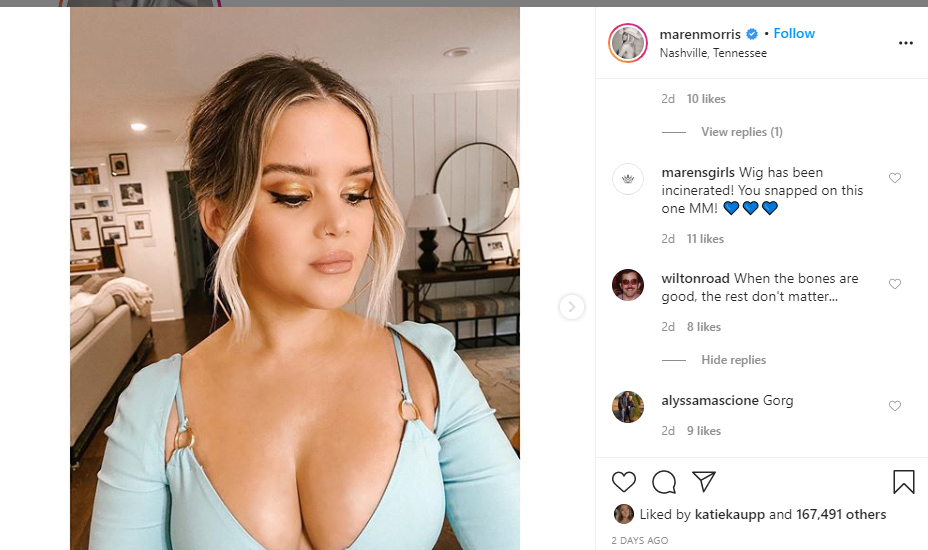 In light of Maren’s recent issues with people on social media, it makes a lot of sense that she would feel the need to keep her family life away from the spotlight. Despite her nay-sayers, the Bones singer does seem to have a solid support team from both her husband, family and supportive fans.  While many visited the post to tear her down – other fans visited the post to lift her up.  Supporters showed their love with plenty of fire emojis, hearts and comments telling the star how gorgeous she was.

In addition to loving fans, Maren’s friend Karina Argow stopped by to leave support on the photo. Her long-time friend took a moment to playfully tease Maren about her new busty mom bod. “Let’s get a motorboat out on those wavesssss,” Karina quipped. Morris commented back to her friend in a humorous tone,  “Girl these are temporary. Yours are for lyfe, she said.

So, it seems that Maren is just one in a recent string of female stars and new moms to get shamed on Instagram.  While the verbal attacks did seem to sting, Maren has refused to bow down and has begun taking shots back at trolls. Additionally, she is speaking out publicly in hopes of making people consider the effect of their words on others. She says,

“Anyone that is a mother who is shaming another mother, it … probably comes from just a deep insecurity in your own motherhood that you have to criticize someone else.”

Can you relate to Maren’s struggle with online judgment and mom-shaming? How do you think she handled it? Tell us in the comments below. Also, be sure to check out our homepage daily for the latest news and gossip about all your favorite Country Stars!