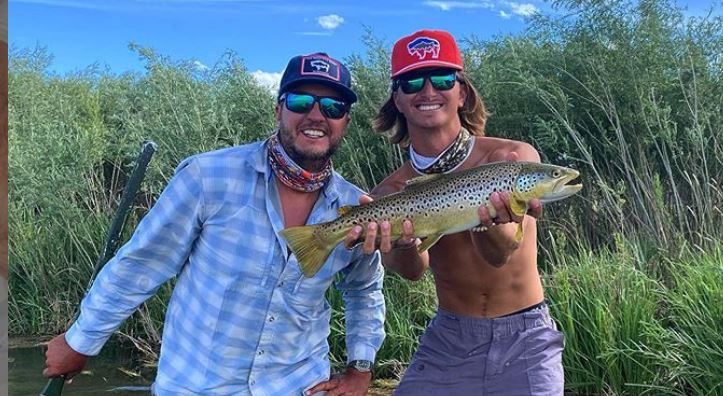 While things in the world may seem a little topsy-turvy with the coronavirus pandemic still going on, some things stay the same. For example, the growing pains of dropping your oldest child off to college. Luke Bryan and his wife dropped their nephew off to college today. On Saturday, August 1st, Taste of Country shares Caroline “Lina” Boyer’s “heart-wrenching message” for her nephew, Til, as they drop him off to college. This is all the more gut-wrenching knowing that Luke and Lina adopted Til and his sisters in 2014. The couple has been raising their nieces and nephews alongside their sons, Tate and Bo, ever since.

Sadly, Luke Bryan’s sister, Kelly, died unexpectedly at the age of 39 in 2007. Caroline tells CMT, “She was healthy, beautiful, and the best mom to ever walk this earth. Sadly, fans may remember when tragedy struck the Bryan family again in 2014 with the death of Luke’s brother-in-law in 2014. It is at this time that Luke and Caroline became parents to teenagers overnight. With his nieces and nephews orphaned, Luke Bryan adopted Til, Jordan, and Kris. At the time, the children ranged in age from 16-22.

Til is off to college

Much like other milestones in the Bryans’ lives, major milestones in Til’s life are documented on Instagram. In May, the Bryan family shares that Til graduated from high school. On Luke Bryan’s 44th birthday, Til commemorated the festivities with a series of photos of him and the “One Margarita” singer.

I left a big piece of my heart today in Georgia. Been dreading this day for years, but I guess it’s time for Til to fly. Still can’t handle it right now! Good luck in college my sweet boy. 💛

Gut-wrenchingly, Lina posts to Instagram a post that most mothers can relate to. The photograph displays Lina giving Til a goodbye hug. Notably, two things are noticeable in this photo. First off, Til towers over his aunt. Secondly, and most heartbreakingly, is the apparent fact that Lina has been crying.  She captions the photo with, “I left a big piece of my heart in Georgia.” As if that isn’t heartbreaking enough, she goes on. “Been dreading this day for years, but I guess it’s time for Til to fly. Still can’t handle it right now!” Perfectly closing out the post, she says, “Good luck in college my sweet boy.”

This isn’t the first time this week Lina’s made headlines with her Instagram post. Just yesterday, Caroline “Lina” Boyer Bryan posted a photo on Instagram for the #ChallengeAccepted campaign. Her hubby, Luke Bryan’s, caption to the photograph caught some media attention reports Good Housekeeping. Simply put the doting husband writes, “D–n. I love this photo.” Overall, the photo is well received by fans. Many of them commenting on how she is such a great person and role model.

So with all the changes coming from the ongoing coronavirus pandemic, it’s nice to see some things don’t change. While it may be gut-wrenching, sending your kids off to college and the rollercoaster of emotions that accompany the milestone is still here to stay.