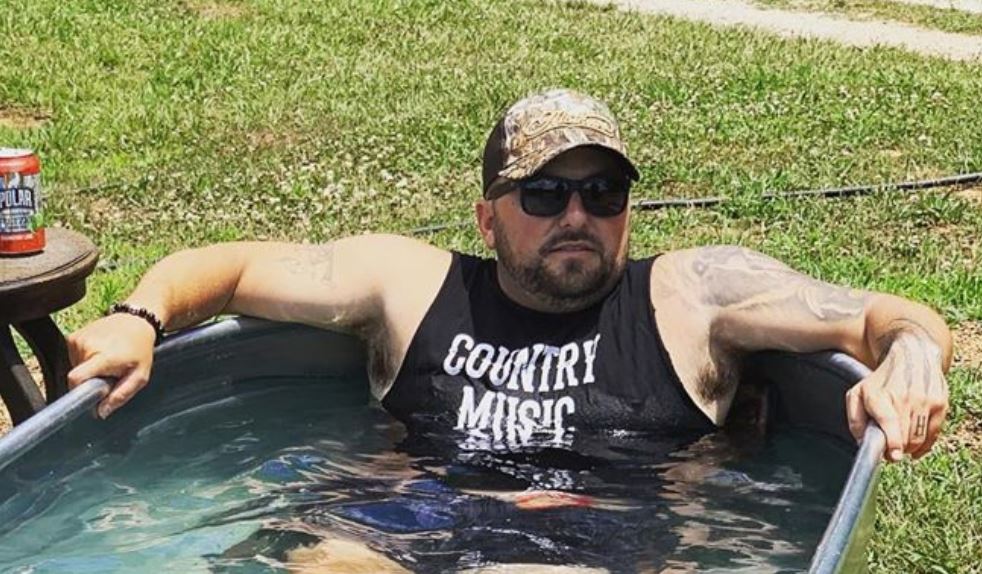 It goes without saying that Summer 2020 is not going as anyone plans. Undoubtedly, everyone is looking for safe, socially-distant things to do to pass the time. Country star, Tyler Farr, may take the cake with his DIY redneck pool.

Taste of Country reports in great detail the process behind his creation. Ultimately, everyone caught wind of this ingenious idea when Tyler Farr posts his creation to Instagram. Keeping in the theme with MTV’s Cribs, Farr gives his followers a play by play on the tank of water.

So here it is, the full MTV Cribs tour of my pool. Now let's see how you're keeping cool this summer. Tag me in your stories to show me what you're working with.

Out of the box ideas are even better when they’re a family affair. Tyler’s wife, Hannah seems to be completely in agreeance with her hubby’s redneck creation. “Because COVID, we had to cut back on some costs, so lucky for my wife, we couldn’t do the above ground pool this year. So, this is a horse trough and it works great,” Farr explains.

Keeping in line with the Cribs theme, he goes on to detail the amenities to his creation. “First, you’ve gotta have, A: a nice beach chair. That is a state-of-the-art turkey hunting chair/beach chair,” details Farr about his submerged lawn furniture. As the humor continues, he says, “You have your knife in case any predators try to attack you while you’re in the pool. You have your sunflower seeds… well that’s self-explanatory.”

The Farrs and the Aldeans hang out

Me and the wife @hannahcfarr hangin out at our favorite local water park. It free and fun for all ages. Aldean Adventure Park. Thanks for the vip pass so we could jump in front of everyone in line @jasonaldean @brittanyaldean

Seemingly taking a poke at fellow country star, Jason Aldean’s mystical backyard oasis, he posts a photo of himself in his DIY pool after posting a picture of him and his wife at the Aldean’s during the Fourth of July. In the caption at the Aldean’s, he writes, “hanging out at our favorite local water park. It (sic) free and fun for all ages. Aldean Adventure Park. Thanks for the VIP pass so we could jump line in front of everyone else.” In his follow up, solo post, in his pool, he captions the photo, “Can’t hide money.” Additionally, fans may notice a shotgun poolside to the “Only Truck in Town” artist, it’s for snapping turtles he explains.

What else has Tyler Farr been up to

In recent headlines, Tyler Farr and Jason Aldean have had a very productive summer thus far. In late July, the Country star made headlines when he appeared at the grand opening of dentist’s office at Fort Campbell, Kentucky.

Fans may not know that one of the reasons Farr and Aldean are so close is because Aldean produced Farr’s four-song E.P titled Only Truck in Town. Consequently, in their downtime, the duo went bowling. iHeartRadio reports that Aldean shares a video of Farr bowling with his pants down.