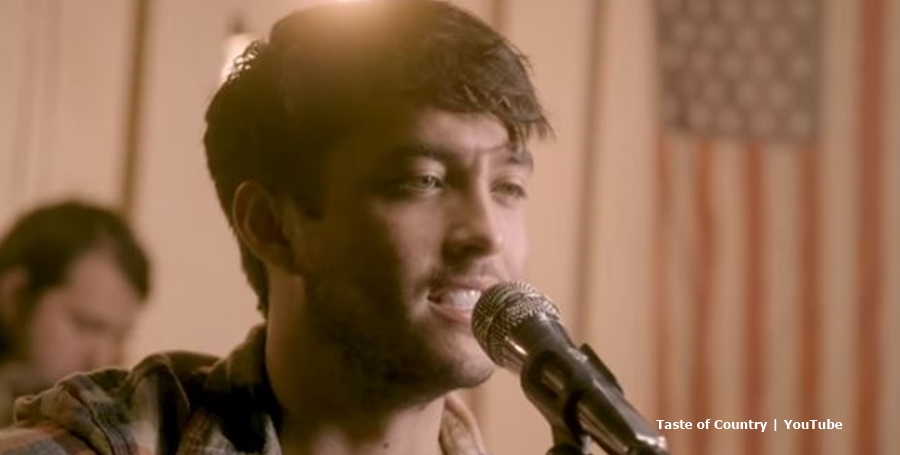 Laine Hardy touted as potentially the “Champion of Country Music” 2021, played his version of Swingin’ by John Anderson for the Artists to Watch series. Many Country fans actually felt that he sang it better than the original. And certainly his confidence and ability seem lightyears away from his days in American Idol.

We reported last week, that Laine received high praise from Music Mayhem Magazine. Already identified as a Rising Star for 2021, the outlet said that potentially, he could end up as the “Champion of Country Music,” 2021. Humble as ever, Laine seemed a bit taken aback by such high praise. The American Idol alum took to his Instagram and thanked them for their comments. The outlet noted that Liane really struck gold with his own music, Tiny Town, Ground I Grew Up On, Other LA, and  Let There Be Country

Now, Taste of Country described Laine‘s version of Swingin’ by John Anderson as [making] it his own. He took “the story of Charlotte Johnson like she grew up right down the road from his parents’ house in Livingston, La.” The outlet noted that he sang it as his cover song for the Premier Artist to Watch series. First, he played his acoustic version of Tiny Town. And then, he followed it up with Please Come Home for Christmas. But Laine Hardy really showed what he could do with Swingin’.

Fans love the version that Laine plays, ‘better than the original’

Taste of Country noted that Laine gave a performance that makes people wish the “pandemic” was over, so they can hear him live. They explained how a “smokey harmonica opens the cover and fills a few pockets left open by the steady percussionist.” Then Laine took the guitar solo and launched into his version of the song. On YouTube, many people raved about it Laine’s version of Swingin‘.

One Laine Hardy fan commented, “Aww man…soooooo good! Thank you TOC. Laine can take any song and make it better than the original!!!!”

And another fan agreed, writing, “To be honest, I think it’s better than the original. Amazing job Laine. Love you so much:).”

Other fans love his versatility and this comment came in: “Laine is, amazing!!! His 💖 love of classic country and southern rock is so special and his talent for carrying on the traditions with his versions of these songs is just what country music needs right now.”

Making other music his own

Country fans on YouTube agree that Laine Hardy takes music by other artists and embraces it so well. He actually makes it like his very own as he performs it with deep feeling. One fan commented about Swingin‘ “Love this song! Laine Hardy does a great job covering it and making it his own!”

What did you think of Laine’s version? Sound off in the comments below.