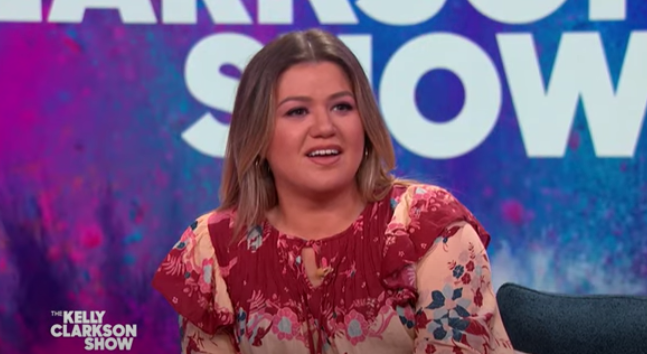 Kelly Clarkson had a rougher 2020 than some people. She dealt with her divorce, being sued by her ex-husband’s family business and learning to co-parent all amid a global pandemic. But the talk show host has taken everything in stride and handling the situation with grace and class. During a recent interview with Khloé Kardashian on The Kelly Clarkson Show, the two moms discussed the difficulties of co-parenting with estranged partners.

Kelly explains, “It’s tough. … I know with me and Brandon, it’s just a difficult thing because we’re in different places, and it’s like, we both agree on the main things, but it’s hard thing when you’re not together all the time, for me personally.”

Their focus is on the kids

Khloé Kardashian may be one of the best people to speak into how co-parenting done right can be a beautiful thing. Khloé is co-parenting her daughter, True, 2 ½, with ex-Tristan Thompson. But she said that she had the most perfect example of how co-parenting should be done from her family.

Khloé spoke about how her dad and mom made a point of putting their children first. She described how Robert Kardashian made a point to go golfing once a week with her step-dad. Khloé talked about how she knew that must have been difficult for Robert. But he still did it because it was what was best for his children.

Khloé also said that another key point to co-parenting is trust and communication. As parents, you have to trust that the other parent has the child’s best interest at heart. And communicating with each other and respecting the wishes of the other is very important.

Kelly completely agreed with this point. The singer said that both her and Blackstock’s “focus” is their kids. She says, “As long as you make sure it’s about the children and their best interests, then we’re both on board.”

The Broken & Beautiful singer filed for divorce from Blackstock in June of 2020. The couple shares a daughter River and son Remington. But Kelly is also a stepmom to Brandon’s children from a previous marriage Savannah and Seth.

In a November segment of her talk show, the host said, “People could be bad for you in a certain time.” She went on to say that makes people think others are bad in general. “Well, it doesn’t necessarily mean that, it just means that you’re on different paths. And I think that that’s okay. Everybody’s on a different learning curve, and everybody’s learning something different at different times.”

Clarkson explained that people are always changing and as you change the people you surround yourself with are important. She says, “My mom’s been telling me since I was a kid: ‘You are who you surround yourself with.’ You want to make sure you’re surrounded by people that also want to be the best versions of themselves and also want a good common goal for everyone, not just themselves, right?”

Kelly rounded off the November segment by talking about her own growth, explaining, “Even at 38, I feel like I’m always changing and progressing — in a good sense, in a good way — and I always want to make sure I’m being the best version of myself.”