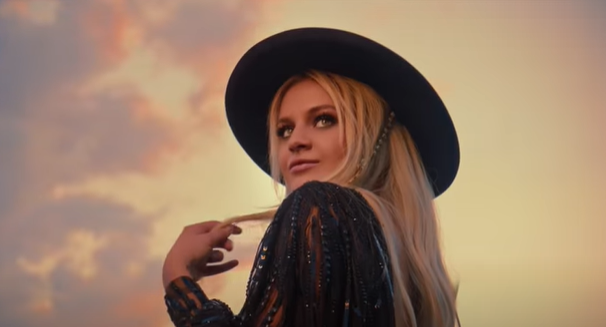 Kelsea Ballerini appeared on The Bobby Bones Show Monday, February 8. Kelsea opened her appearance by performing a short concert of sorts by performing some fan favorites including, Love Me Like You Mean It, I Hate Love Songs, Homecoming Queen? and Hole in the Bottle.

One of the big questions Bobby asked Kelsea was about after she sang was her Instagram account. Kelsea disabled the comment feature on her account, and she explained why during the interview. “It’s a personal decision,” Kelsea told him, “I think boundaries are healthy and that is a new boundary I have for myself.”

Kelsea Ballerini is focused on being healthy

Part of the reason Kelsea said she turned off the comments is because of how the negative comments affected her. She says, “I’m super sensitive. And I think that’s a good thing. For a long time, I was reading all the comments, and I would obviously love the good ones, but I would find the bad ones and they would just hurt my feelings.”

This makes her song, Homecoming Queen? mean even more. Ballerini confessed that she wrote the song during a vulnerable moment and she wanted people to know it. She told Bobby that even though the single was nowhere near her most successful song, it is her personal favorite. Bones chimed in that his fiancé also suffered a lot of hate in the comments on her Instagram posts. He commended Kelsea for standing up for herself and not letting others determine how she views herself.

Kelsea is happy with herself and being, as she puts it an “over-sharer” and she didn’t want that to change. She said, “I think it’s relatable and girls need to see that. It’s either me not sharing or me sharing and not caring about what people say. And so, I just turned them off.”

But more than setting boundaries, Kelsea wrote earlier this year that her word for 2021 is healthy. Last year Kelsea admitted that she did whatever felt good to get through the year, but this year is different. She says, “I want to hold myself accountable. I want to feel great and live the life I want to live. That’s like mentally and physically and all that. I’m just taking care of myself.”

Kelsea and Bobby joked around for the last few minutes of the interview about Kelsea’s latest collaboration with the queen, Shania Twain. Ballerini has a list of impressive collaborations under her belt including The Chainsmokers, her husband Morgan Evans of course, Kenny Chesney and co-writing with Ed Sheeran.

Bobby asked how she went about seeking out the collaborations and if she had others ask people to work with her. Kelsea was adamant when she answered. “Every collaboration that’s ever happened, it was me reaching out,” she explained because “Unless you feel like you can personally reach out it’s probably not the right collaboration.”

Bones was surprised that Kelsea Ballerini had the nerve to reach out to Kenny Chesney herself. And Kelsea smiled at that, “Yeah, I texted him.” But she quickly quipped, “I have no business ever texting Kenny Chesney, but I went on a whim.”

And working with Shania Twain on Hole in the Bottle was another level because Kelsea describes Shania as the “queen of all queens.” But this collaboration started differently. Kelsea told Bones that Shania was actually reached out to her via email first. The two have also been messaging back and forth trying to find the perfect project.

Carrie Underwood Hearkens Back To Signature Style On New Tune
Blake Shelton Headlines 2 Major Events, See What
Jimmie Allen Puts The APB Out On ‘On My Way’ With Jennifer Lopez
Maren Morris’ Tour Bus Is Far From Humble
Kelly Clarkson Listens To Fans & Delivers — Here’s How