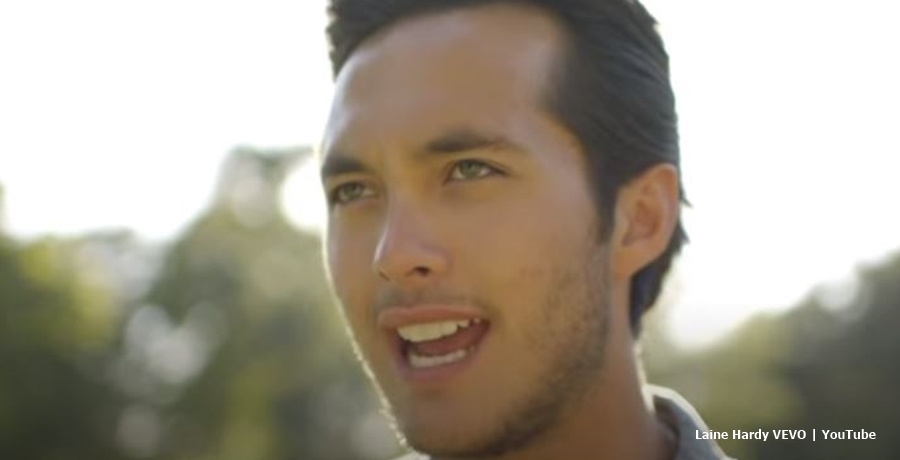 Laine Hardy released some original music in 2020 and all of his Country fans love them. But this weekend, he revealed the one that seems the most special. He directed people to the acoustic version on YouTube and reminded them to listen to it if they didn’t ready. Fans agreed that they also love the song and it sounds like a fan-favorite for all the right reasons. Can you guess which one it is?

We reported in early February, that Laine traveled to Abu Dhabi and performed for US Service Members. The first experience for Laine probably brought a lot of nostalgia for those people stationed so far away from home. Presumably, his songs like “Ground I Grew Up On” and “Tiny Town” were well-received as they made people think of home. The rising Country performer said he felt very “honored” to entertain them. But he possibly sang some other original numbers as well.

Laine Hardy stirred interest among Country lovers in 2020. Music Mayhem Magazine noted that he produced “Ground I Grew Up On,” “Other LA,” “Let There Be Country” and “Tiny Town” during the pandemic. And while the outlet notes that “Tiny Town” really made him a  rising star, that’s not his most special one. Taking to Instagram on the weekend, Laine popped up the acoustics video. He said in his caption, “[this] is such a special song to me. It’s home.” Have you guessed it? If you said “Ground I Grew Up On,” you’d be correct.

Fan discuss “Ground I Grew Up On”

In the comments section of the post by Laine Hardy, fans said they already know all the words. And they explained why they also think it’s the most special song he produced. One of them noted, “Oh yes we know this song, word from word. I understand I love hearing songs about Kentucky. It’s a beautiful song.” And then another one commented, “Love this song. I’m not from [a] small town but home is home. 💜🎸💜🎤💜.” And more fans who live in bigger places than Laine agreed. One of them said, “Home is special wherever you live. love this.”

Laine Hardy directed fans to the YouTube acoustic version of “Ground I Grew Up On.” And over there, many more appreciative comments went his way from country music fans. One of them said, “D*mn Laine, I was so impressed with that…I keep playing it over and over! Congrats young man! Pls keep being the humble person you are! Bust your *ss, always do the right things in life, and I promise you good things will always happen in your life! 👋👋👋 Take care.”

Laine Hardy’s a nice young man, fans agree. And his reaction to one follower who did their own cover of his most special song confirmed that. The fan wrote, “I did cover this song and posted it on my Instagram and I still can’t believe you DM me and you gave me some compliment thank you Laine you’re sweet and supportive and caring your fan. You’re the best and you’re my favorite singer.”