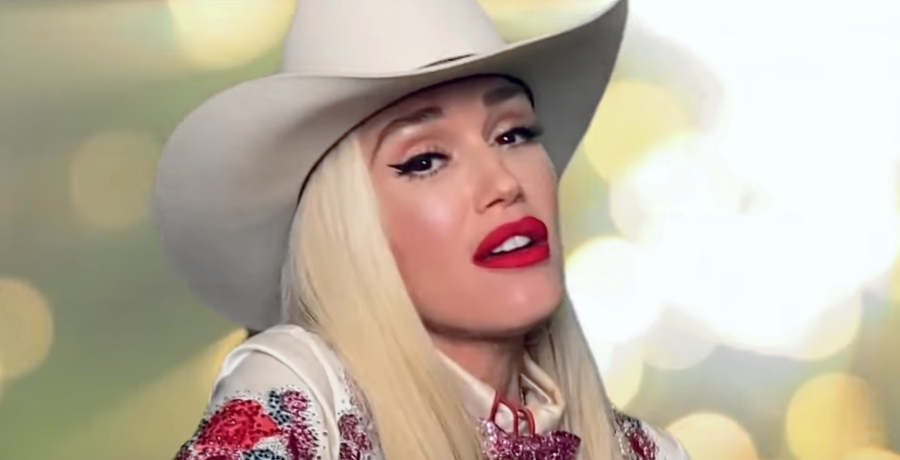 Gwen Stefani is a very busy lady. Earlier today, she takes to her Twitter to let her fans know that she had an appearance on The Ellen Show today. Seemingly, this post is to release her new single “Slow Clap” that released on March 11th. Also of note, the No Doubt singer is dressed to the nines in rhinestoned cowgirl gear. It seems that she is really coming around to her fiance, Blake Shelton’s way of life. Keep reading to find out more about Gwen Stefani and her new single.

Later in the day, Gwen Stefani uses Twitter to share the news that her new single, “Slow Clap” is the song of the day on Amazon Music. In the tweet, she tells her fans, “stop reading this and go stream!”

Sadly, the reactions in the comment begin with a troll tweeting, “You’re like 50 and still can’t get over high school. Lmao bye.” However, it appears that the comments after that are all in support and admiration of Gwen Stefani and her new single.

When it comes to Gwen Stefani’s fashion choices for promoting her new single, “Slow Clap” Yahoo! describes it best. The outlet reports that Stefani “transforms into ‘Country Barbie’ in a Western suit & glittering combat boots.” There are several photos of Stefani donning Western attire on her social media. It also looks like she has a white jacket to go with the sparkly ensemble.

Her most recent Instagram photo is another rendition of a Western outfit. However, this has more of a signature Gwen Stefani punk rock look to it. Stefani fans take notice. The comments reflect how much they like this outfit on Stefani.

Stefani’s photos are met with mixed reviews on social media

Unfortunately, Gwen Stefani’s “Country Barbie” photoshoot Instagram post receives mixed reviews. While it is apparent that Stefani has a group of die-hard fans, there are some haters that stick out in the comment section of this sparkly post. For example, one comment reads as follows.

Look girl. You’ll never be a cowgirl. Or if your tryin to look cute. At leasst try to be something you’ll be ok at.”

In response to that, another comment reads, “when she isn’t trying so hard to be other things she’s amazing. I don’t know why she thinks this is cute.” In a bold assumption, the comment goes on to say, “I bet many of the other women in country are offended. No one dresses like this in country.”

What are your thoughts on “Country Barbie” Gwen Stefani? Have you listened to the new single? Let us know in the comment section below. Come back to Country Music Alley for more news about your favorite Country stars.

Miranda Lambert Voted One Of Most Influential People 2022
Jimmie Allen Puts The APB Out On ‘On My Way’ With Jennifer Lopez
Kelly Clarkson Listens To Fans & Delivers — Here’s How
Blake Shelton Headlines 2 Major Events, See What
Carrie Underwood Hearkens Back To Signature Style On New Tune