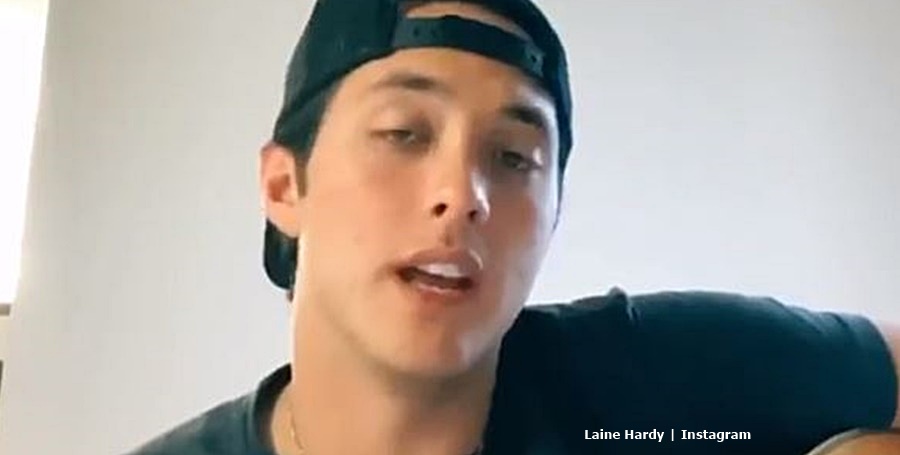 Why is Laine Hardy going on The Bachelorette? Will he wear his boots?

Laine Hardy takes to his Instagram to announce that he will be appearing on The Bachelorette on Monday, July 5th. However, it isn’t for a shot at love with Katie Thurston. Laine Hardy’s appearance is to sing his hit song, “Memorize You” on Monday night’s episode of The Bachelorette.

Laine’s Instagram post features a tall pair of rubber boots and a single rose. In the caption, he explains everything. “I’ll be on @bacheloretteabc next Monday, July 5 to play #MemorizeYou! Y’all make plans to tune in to #TheBachelorette at 8/7c on ABC. Think they’ll let me wear my boots?? @bachelornation“

Interestingly enough, Lacrosse Footwear responds in the singer’s comments. “We sure hope they let you wear your boots,” responds the footwear company with a winky face emoji.

Sadly, several fans take to the comments to share that while they’re happy for the American Idol alum, they won’t be tuning in for his performance. All of this is in response to Chris Harrison no longer hosting shows that are a part of The Bachelor franchise on ABC.

One fan writes, “I boycotted that show because of how they treated Chris Harrison… sorry can’t watch.” Another Laine Hardy fan chimes in with their thoughts on the matter. The fan writes, “agree and I haven’t either… ratings have plummeted. I think ABC is starting to get desperate. Won’t work. Show is tainted now and so scripted anyway. I don’t miss it.”

Several other fans just apologize that they’ll have to miss Laine Hardy’s performance. However, it appears that there are a few fans that are willing to make an exception and watch Monday’s episode to support Laine Hardy. Others suggest that Laine share the portion of the show with his performance so fans can see it without having to tune into ABC.

What do you think about Laine Hardy making an appearance on The Bachelorette? Are you going to tune in to see him perform “Memorize You”? Let us know in the comment section below. If you plan on watching, make sure to tune into The Bachelorette Monday, July 5 at 8/7c on ABC.