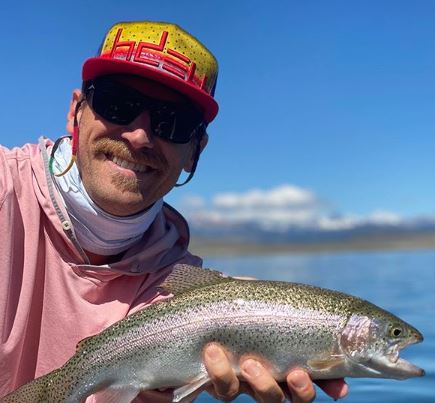 Chase Rice has upset a lot of people by having a concert despite COVID-19. A lot of artists have canceled their entire tours, but Chase didn’t do the same. CMT shared about the concert and what went down. The concert was on June 27 at a former maximum-security prison in Petros, Tennessee.

This concert was at a prison that has been closed for years. They are having an entire concert series and it doesn’t look like they have any plans of canceling it.

Rehearsing for our first show back in four months tomorrow night, thank you Jesus🤯🙏🏻

Chase’s concert lasted over an hour. Pictures from the event look like a great time. It lasted a while, people were not wearing masks and of course, everyone was right next to each other. It didn’t look like there was any social distancing going on. You have to remember that it is up to them if they want to do it or not, though. These people chose to go to this concert.

TMZ shared that the venue is replying and saying that they did all that they can. They also plan to try better in the future. That might not be enough, though. Here is part of what they had to say.

“All local requirements were abided by for the recent concert, and numerous precautions were taken. We drastically reduced our maximum venue capacity of 10,000 to 4,000 maximum capacity (lower than the state’s advisement of 50%) with less than 1,000 in attendance Saturday night providing ample space in the outdoor lawn area for fans to spread out to their own comfort level.”

They did also do temperature checks before people came into the Chase Rice concert. There was also free hand sanitizer available. That wasn’t enough to make people happy, though. Chase himself isn’t speaking out yet about how upset everyone is after last night’s event.

Fans and non-fans are sharing their thoughts. They are pretty upset that Chase Rice went ahead and had a concert with everything going on.

Chase Rice just played a concert to an enormous crowd of unmasked fans here in Tennessee. For once, I am at a loss for words. pic.twitter.com/wB47u1EaFd

Imagine risking your life to see Chase Rice in concert.

Has anyone seen the video of Chase Rice playing in front of 4K maskless people crammed together at a former state prison in Tennessee? It’s insanity.

It will be interesting to see if Chase continues to tour after this. He has upset a lot of people, but it may not matter. Fans are ready to get back to concerts, but they also want to keep everyone safe. Rascal Flats even went as far as to cancel what was supposed to be their last tour ever.

Do you think that Chase Rice should have canceled his concert? Share your thoughts in the comments section below.

Miranda Lambert Voted One Of Most Influential People 2022
Maren Morris’ Tour Bus Is Far From Humble
Keith Urban Relies On Marital Devotion For Sobriety?
Carrie Underwood Hearkens Back To Signature Style On New Tune
Jimmie Allen Puts The APB Out On ‘On My Way’ With Jennifer Lopez