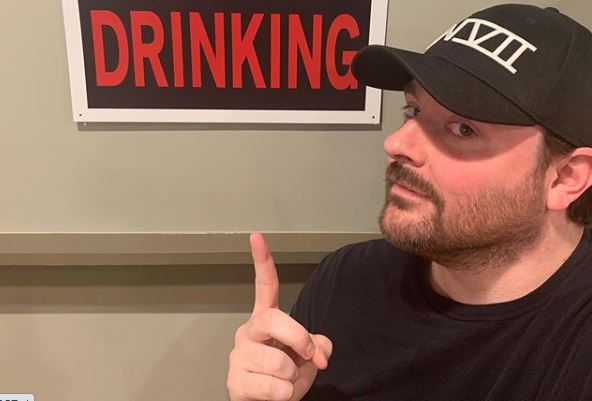 Chris Young got his start years ago on Nashville Star. Now, he is always climbing the country music charts. Chris just came out with a new song that you don’t want to miss. It is called “If That Ain’t God.” It turns out that is perfect timing for this song, too. People shared what Chris had to say about the new song. You can also check out the lyric video below.

The music video isn’t out yet for Chris Young’s new song, but you can hear it and check out the lyric video below.

Chris has some great points in this song. As he says “If that ain’t God, I don’t know what is.” A lot is going on in the world right now and a lot of us need to hear a song like this.

Chris talks about the new song

This song has a great message and it is something that is needed right now. Other country artists such as Kane Brown have put out feel-good songs at this time as well.

Chris Young explained to People why he chose to put this song out now. Here is what he had to say.

“It’s such a special song. I think right now a lot of people can use this. It’s just a positive, uplifting message. It’s talking about some of the things in life that you take for granted, whether it’s little stuff or big stuff, and you look around and you’re like, ‘Man, if that ain’t God, I don’t know what it is.’ I was jealous that I had never thought of that title on my own before, because it’s just a brilliantly written song. [Writers Matt Roy, Mitchell Oglesby and Greylan James] allowing me to be a part of it and put my own spin on it meant the world to me.”

Chris went on to talk about how his dad lost some of his lung during his battle with cancer. You can’t even tell now, though. He is still doing great and Chris realizes how lucky he is that his dad is doing so well. Sometimes we all need to think about what we are lucky to have in our life. Young has never been shy about putting God or church into his music.

What do you think of Chris Young’s new song? Share your thought in the comments below.

Blake Shelton Headlines 2 Major Events, See What
Miranda Lambert Voted One Of Most Influential People 2022
Kelly Clarkson Listens To Fans & Delivers — Here’s How
Carrie Underwood Hearkens Back To Signature Style On New Tune
Jimmie Allen Puts The APB Out On ‘On My Way’ With Jennifer Lopez