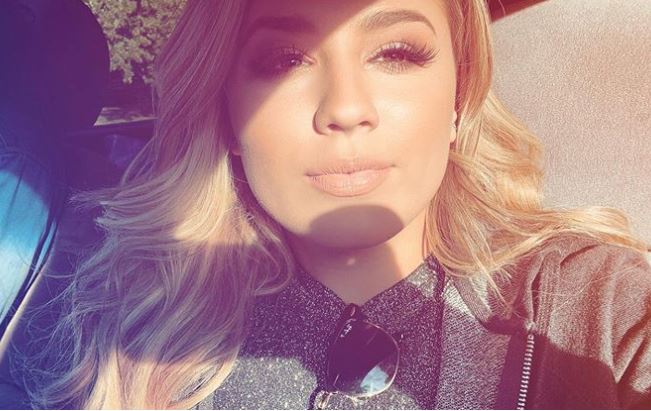 Remarkably, Headline Planet reports that “I Hope” makes Barrett the first female Country artist to make it to the top of the Billboard Hot Country Songs with a debut Country radio single since 2006. Coincidentally, the last song to hold this spot is none other than fellow American Idol alum, Carrie Underwood.

Shockingly, Barrett’s rise to No. 1 took 64 weeks. Ultimately, the young Country star’s single knocked Maren Morris’ “The Bones” out of the top spot after a 19-week run. “I can’t believe this is happening… This is AMAZING,” proclaims Barrett. She goes on to show gratitude. “Thank you to country radio for being so welcoming and supportive. And to my husband, family, fans, label, team and everyone who has supported me along the way – this would not have been possible without you.” The singer also shows her Christain roots wrapping up her thank-yous with, “God is good, all the time.”

How did Charlie Puth end up on the “I Hope” duet?

Headline Planet brings up a valid point. In a technicality, The Voice coach, Bebe Rexha meets the criteria for this record. “Meant To Be” technically meets the criteria for the aforementioned record. While it may be that she is “not a core country artist”, another contributing factor may be that the single is a collaboration with Florida Georgia Line.

In the realm of collaborations, “I Hope” also dons an adult contemporary version with pop sensation Charlie Puth. While Barrett meant for the song to come solely from the female perspective, Puth is such a big fan of the song that he reached out to Barrett on Instagram reports ABC News Radio. “He had originally posted about the song, saying that he loved it,” recounts Gabby Barrett. “And he messaged me later and said that he wanted to remix and be on it. And so our teams kind of just collabed together — and now we have an awesome feature on a pretty cool song! So we’re pretty excited about it,” explains Barrett.

Barrett explains the perspective of “I Hope”

While previously mentioned that Barrett meant for the song to be from a female’s perspective, Barrett mentions that “adding a male point of view to the song makes it more relatable to both sexes.”  Barrett explains, “Because when I wrote it, I was just writing from a woman’s kind of perspective. And so with him being on it, it kind of shows a men’s perspective too, that both sides get cheated on and it’s not just a one-sided thing.”

While Gabby Barrett basks in the success of her first smash hit, “I Hope,” fans can look forward to her new sing, “The Good Ones.” Barret’s debut album, Goldmine, is available for listening wherever you listen to music. Make sure to stay tuned to Country Music Alley for more Country music news.