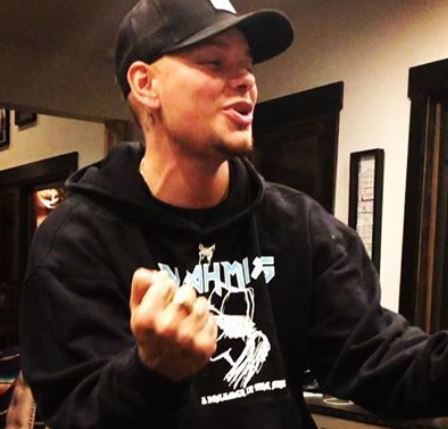 Typically summertime would be full of festivals and concerts. Unfortunately, the coronavirus pandemic doesn’t seem to be slowing down. Luckily for Country music fans, their favorite artists are finding ways to interact with them during these difficult times. Of rising popularity is the drive-in movie theater concert experience. Garth Brooks had a successful drive-in movie theater experience. Additionally, Blake Shelton’s drive-in movie theater concert presented by Encore is tomorrow. Excitingly, fans can expect to see Gwen Stefani and Trace Adkins. Pandora announces Kane Brown to join their virtual concert series.

Also of popularity is the virtual concert series. Music Row reports that Country superstar, Kane Brown, is will perform for Pandora’s New Virtual Concert Series. The virtual tour kicks off on July 28th. Remarkably, Brown’s concert for the series will mark a significant milestone for one of his singles. Accompanied by Restless Road, the “Good as You” singer will sing “Take Me Home” live for the first time.

Sadly, cameras follow Brown to East Nashville, where earlier this summer, a tornado ravaged the city. Heartwarmingly, a mural inspired by Brown’s song, “Worldwide Beautiful” is painted in the area.

What else can fans expect?

Luckily, this unique concert format allows for a lot of creativity. With that in mind, viewers can expect to see an animated short film narrated by Kane Brown and based on a real-life experience. Additionally, and sure to be just as entertaining, celebrities make cameo appearances. In relation, the “One Thing Right” singer says, “I love unexpected collaborations and finding new ways to bring my fans music, especially while we aren’t able to tour on the road.” This brings to mind Brown’s recent collaboration with R&B phenom Nelly on the remix of “Cool Again.”  Seemingly mirror Brown’s thoughts, SiriusXM/Pandora CMO, Denise Karkos says, “People are still as  passionate about live entertainment as ever, and they’re craving the moments of joy and connection that those experiences bring.”

In addition, fans can look forward to Q&As. Furthermore, each artist records a Pandora Story. Thinking outside of the box, Pandora offers interactive perks. Ultimately, some of the perks include virtual meet and greets, exclusive merchandise, and live chat functionality to name a few. Understandably, limited-edition fan giveaways available the night of the shows are on a first-come, first-serve basis, according to Music Row.

While it goes without saying that Summer 2020 isn’t going as planned, music executives agree. Karkos says, “The music ecosystem has been massively disrupted this year, and artists need to find new ways to connect with fans, share their art, and continue creating.” She goes on the acknowledge the role that music executives play in fostering this and assisting artists in “filling for the void for listeners.”

With that in mind, check out Pandora on July 28th as Kane Brown kicks off the virtual concert series. Fortunately, some of the concerts may be re-broadcast on SiriusXM. In the meantime, stay tuned to Country Music Alley for more Country music news.