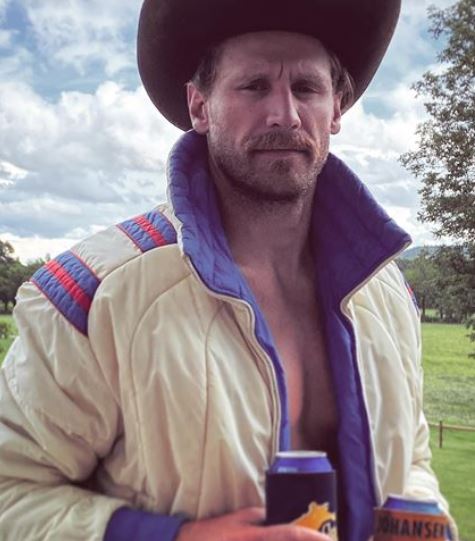 Fans may remember the controversy surrounding Chase Rice and his decision to play a concert amid the coronavirus pandemic. Luckily, Taste of Country reports that the country crooner is getting back to songwriting.

Wrote today, ready to get back out and play songs for y’all, til then I’ll have new stuff coming🤘🏼

Additionally, he shares a preview of his song, ”Ain’t Many Like Us Left.” On the Instagram video, he captions the post, “Wrote today, ready to get back out and play songs for ya’ll, till then I’ll have new stuff coming.”

Surprisingly for fans, Chase Rice also shares a new untitled song. In the caption he calls for fans to name the song below. Additionally, he writes, “What should we call this one? For me the first night back from tour is always just a little bit, wild.” To round off the caption, he includes a grinning devil emoji.

What should we call this one? For me that first night back from tour is always just a little bit, wild😈

Jokingly, one fan writes, “You’re just gonna go ahead and contribute to making all these corona babies huh?” The comment is well received amongst other followers. Another fan describes the song as “Wrecking Ball” vibes, referencing the Eric Church hit.

Shockingly, Taste of Columbia highlights the fact that in 2010, Chase Rice competed on Survivor: Nicaragua. Even more surprisingly, he did well and supposedly won $10,000. Throughout the course of his time on the show, Rice routinely spoke about his Country music dreams. At the December 2010 reunion, he got to perform an original song titled “Buzz Back.”

After the backlash from his not so socially distant concert earlier this summer, according to his Twitter (@ChaseRiceMusic), Chase Rice is keeping busy during these trying times. Keeping in theme with fun facts about the 34-year-old Asheville, North Carolina native, he once was a pit crew member for Nascar driver, Jimmie Johnson. In July, Rice spoke with Fox NASCAR reporter, Jamie Little about his NASCAR days and how he got to where he is in Country music.

All in all, it seems that the fuss of the controversial concert is dying down. Ultimately, fans have peace of mind knowing that Chase Rice is working on new music. Additionally, he can’t wait to perform live again. Stay tuned to Country Music Alley for more Country music news.

Carrie Underwood Hearkens Back To Signature Style On New Tune
Blake Shelton Headlines 2 Major Events, See What
Jimmie Allen Puts The APB Out On ‘On My Way’ With Jennifer Lopez
Kelly Clarkson Listens To Fans & Delivers — Here’s How
Miranda Lambert Voted One Of Most Influential People 2022