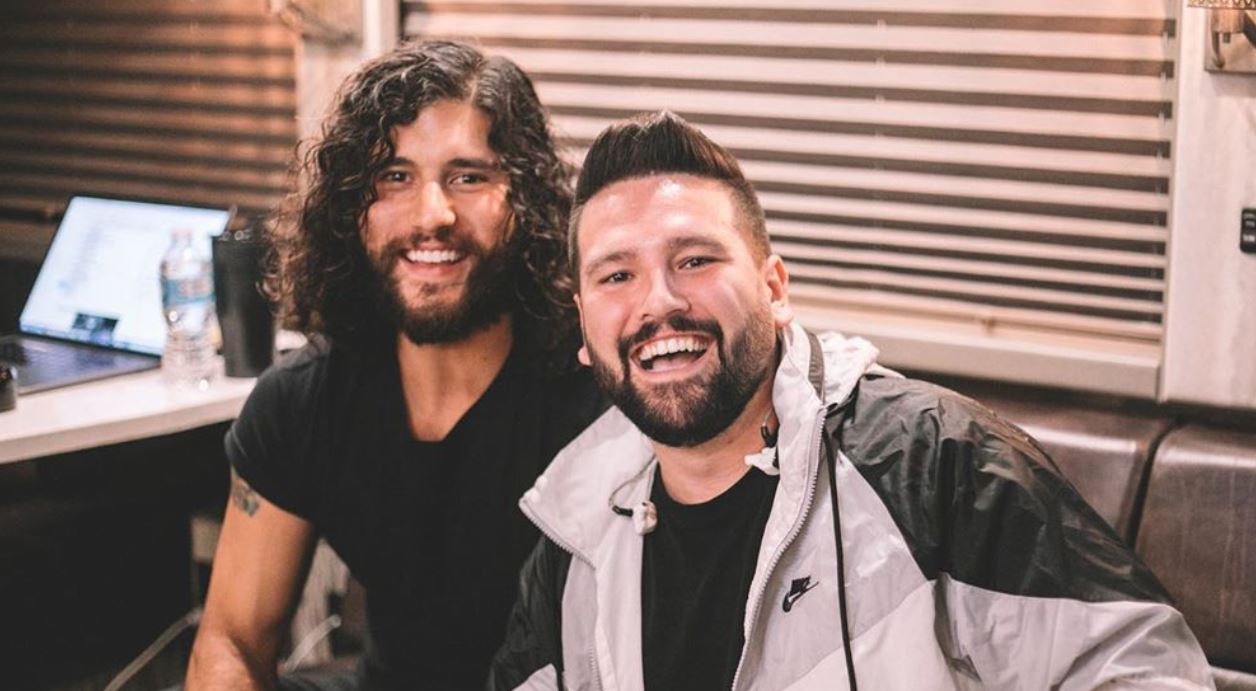 Hit Country music duo, Dan + Shay announce the release of their new single, “I Should Probably Go To Bed.”

The hit Country music duo, Dan + Shay, is the pairing of Dan Smyers, 32, and Shay Mooney, 28. Smyers comes from Pennsylvania and Mooney comes from Arkansas. According to Wikipedia, prior to forming the duo, Mooney was signed to T-Pain’s Nappy Boy Entertainment label, While Smyers was a part of a group called Bonaventure. Before that, he was a member of a band named Transition. Luckily for Country music fans, the pair joins forces after meeting in Nashville, Tennesee in 2012. Shortly thereafter, “19  You + Me” was released and the duo hit the ground running.

What we know about Dan + Shay’s latest single

Excitingly, Taste of Country reports that the Dan + Shay is supposed to drop on Friday (July 31st).  The release of this song comes fresh off the heels of the wildly popular collaboration with pop sensation, Justin Bieber, “10,000 Hours.”  Additionally, the duo shares the cover art for “I Should Probably Go To Bed.” Sadly, the 30-second teaser doesn’t include any music. Furthermore, the single already dons the hashtag, #ISPGTB, as seen on Dan + Shay’s Twitter.

Shockingly, Dan + Shay have remained radio silent on social media since the decision to move their 2020 to 2021. This decision is amidst concerns due to the coronavirus pandemic. “We know that this a minor importance relative to what is going in the world right now, but we care about our fans so much, so we wanted to stay as transparent as humanly possible,” states Dan Smyers in a video statement. “We have been holding on to the hope that something might shift, something might change, that we might actually be able to make these shows happen,” he elaborates. Understandably, he goes on to explain that for the safety of everyone involved, it is best to reschedule their tour for 2021. As recent as June, the duo teased new music on social media. However, there hasn’t been much more than that from the popular duo.

What can fans hope for from “I Should Probably Go to Bed”?

It goes without mention that Dan + Shay are definitely a hot commodity in Country Music these days. Hopefully, “I Should Probably Go to Bed” will rise to join the ranks of their seven other No. 1 singles. Sadly, there hasn’t been a new album from the duo since their self-titled album in 2018. However, that album brought them success in the form of a Grammy for “Speechless.” In addition, they brought home an ACM for “Tequila.” Fans speculate that “10,000 Hours” and “I Should Probably Go to Bed” will be a staple of the new album. Consequently, fans hope for a new album release in 2020. Unfortunately, given the uncertainty caused by the coronavirus pandemic, it is hard to tell when a new full-length album will come from Dan + Shay.

Unfortunately, things still remain uncertain with the coronavirus pandemic. However, luckily for Country music fans, they still have new music to look forward to. Make sure to pre-order Dan + Shay’s “I Should Probably Go to Bed” here and follow #ISPGTB on social media. Keep it tuned to Country Music Alley for more Country music news.