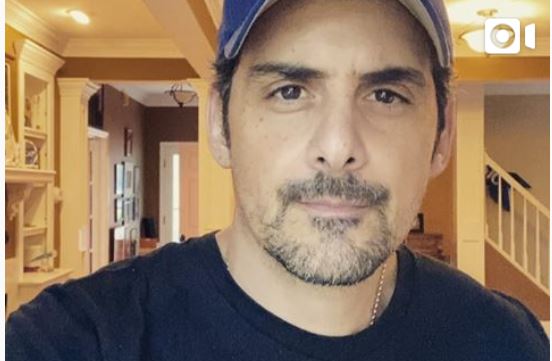 Who joins Brad Paisley in his star-studded music video?

Brad Paisley’s music video for “No I in Beer” is a host to cameos of several big-name celebrities. Shockingly, Good Morning America reports that the video features more than 225 people. Remarkably, this number includes fans from 39 different countries. Additionally, fans may recognize a few of Paisley’s famous friends.

What’s Paisley’s thoughts on the song and video?

According to statements previously made to “GMA,” Paisley feels like “No I in Beer” is “a lighthearted connector during these times.” Brad Paisley goes on to say, “It’s been fun to watch this take on this meaning of sort of defiance.” Additionally, Paisley says, “It’s sort of a way, like the world is screwed up and things are strange, but we can all have a beer together some way.”

Furthermore, the country singer says that video has “taken on such a life of its own.” For example, the video has contributed to crashed Zoom drinking parties and a viral TikTok challenge. Without a doubt, Paisley is a good sport because he’s attempted the “beersketball” challenge. He says he “loved it.” Luckily for fans, the music video captures these hilarious moments.

Why we need drinking songs

In a related note, CMT News reports on Brad Paisley’s thoughts on why we need drinking songs during the coronavirus pandemic. There’s a lot of irony in the fact that much of Paisley’s career success hinges on drinking songs. Of significance is the fact that Paisley doesn’t drink. “Alcohol,” “Catch All the Fish,” “Better Than This,” “One Beer Can,” and “Limes,” just to name a few.

Keeping true to the different times we’re all in right now, Paisley rewrote the song. Originally, the song, co-written with Kelley Lovelace had a different beginning. “When we first wrote this song, the first line was about there’s a bunch of people coming over.” Being situationally aware, the lyrics changed to, “wherever you are tonight, whatever you’re going through.”

What else has Paisley been up to?

Much like Garth Brooks and Blake Shelton, Brad Paisley headlined what he describes as a “three-city world tour.” The three-night drive-in concert experience was in Maryland Heights, Missouri; Nashville, Tennessee; and Noblesville, Indiana earlier in July. Taking into account the uniqueness of the experience, Paisley describes the drive-in concert experience. “People have their own little area next to each car, they’re all spread out in such a way that you can tailgate.” Ultimately, this allowed people to tailgate with the people they came with and not have to interact with other people.

Be sure to check out the music video for “No I in Beer”. Stay tuned to Country Music Alley for more Country music news.