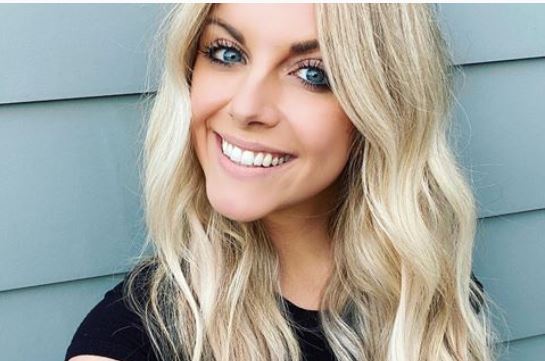 Canadian Country music singer, Lindsay Ell, 31, is making great strides in the American Country charts. Fans may recognize her from Brantley Gilbert’s “What Happens in a Small Town.” Consequently, “What Happens in a Small Town,” did very well on the American music charts. Ultimately the single made it to No. 1 on Billboard’s Country Airplay Chart.  In addition, Ell’s first single off of her album, Heart Theory, “I Don’t Love You,” is charting at No. 6 on the Canada Country Billboard Charts and No. 48 on US Billboard Country Airplay Chart.

Lindsay Ell and Kane Brown Co-Write “Want Me Back”

Most recently, Lindsay Ell released her second single off of Heart Theory titled “Want Me Back.” While the single has yet to place on the Canadian or American Country music charts, fans have high hopes. These expectations may be in part due to the fact that the song was co-written by none other than Country heartthrob, Kane Brown.  Also, Florida Georgia Line’s Tyler Hubbard co-writes on the upcoming album.

In a recent interview with Entertainment Focus Lindsay Ell describes what it’s like to work with Kane Brown. “I’ve always had so much respect for Kane and an artist and the platform he’s grown, and as an amazing dad and husband,” she shares. She recounts on Browns, encouraging words and what it’s like to write a song with the sole purpose of focusing primarily on women. “‘Lindsay, I want to write a song for the women. I want to write a song that is all about the ladies and write a song to lift them up’ and I was like, ‘Kane, you are preaching to the choir,. I’m all for that.'” So ultimately, that is how “Want Me Back” came to be.

However, this isn’t the only song fans can expect with a well-known co-writer. Taste of Country reports that Brandy Clark lends her skills to some tracks off of the album. Without a doubt, Clark may be one of the most highly-respected singer-songwriters in the business right now. She’s worked with mega-stars such as Miranda Lambert, Reba McEntire, the Band Perry, Darius Rucker, and Kacey Musgraves. That’s just to name a few from her repertoire. Additionally, some of her most popular songs are Miranda Lamberts, “Mama’s Broken Heart,” and Lauren Alaina’s, “Follow Your Arrow.”

Lindsay Ell goes into detail the creative processes behind her new album Heart Theory.  “I wrote this record around the seven stages of grief, from shock to denial to anger, all the way down to acceptance. I feel like we as human beings go through all these moments of transformation in our lives,” she shares. Ultimately she shares that when people listen to this album, she wants them to “feel inspired and they can feel that they’re not alone.”

Surprisingly, Ell tells Entertainment Focus that she was halfway through writing the record before she realized she was writing the songs “in the process of how (she) was feeling them.” Additionally, Ell notes that she’d never written a concept album before.

Keith Urban Relies On Marital Devotion For Sobriety?
Maren Morris’ Tour Bus Is Far From Humble
Carrie Underwood Hearkens Back To Signature Style On New Tune
Jimmie Allen Puts The APB Out On ‘On My Way’ With Jennifer Lopez
Kelly Clarkson Listens To Fans & Delivers — Here’s How