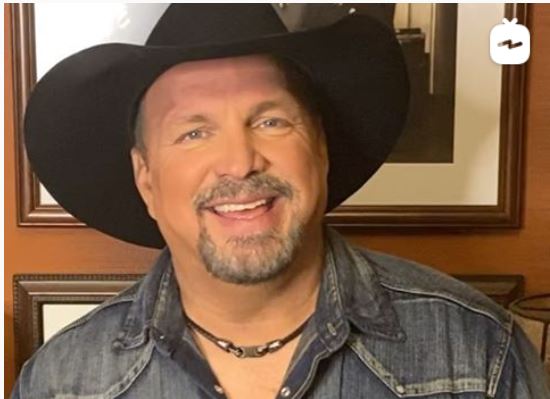 Undoubtedly, there’s been a lot of coming out of the Garth Brooks camp as of late. First, there is the announcement of a new studio album titled Fun.  Followed by the prospects of a new bar in Nashville in the future. Mindblowingly is the announcement about Entertainer of the Year. Ultimately, there doesn’t seem to be much the country music legend can’t do.

Much like the release date for Fun, an air of mystery surrounds location details for the final stop on Garth’s stadium tour. “It’s going to be a hell of a ride, one that even will be where I have never done,” hints Garth.  Luckily for fans, there is confirmation of concert dates through 2020. Unfortunately, he’s only releasing stadium concert dates and locations one at a time. However, the “Unanswered Prayers” singer is continuously looking for new ways to connect with his fans as showcased by two live stream concert events and a wildly successful drive-in theater concert event.

However, it seems that much of what Garth Brooks does is beat records. In 2019, Brooks began his first-ever tour of nothing but stadium shows. Rest assured that even with all of the unforeseen circumstances arising out of the coronavirus pandemic, the “Friends in Low Places” singer does a phenomenal job of keeping his fans apprised of any changes.

For example, major announcements came out of his July 29th press conference. Due to the coronavirus pandemic, many Garth Brooks events are held utilizing Zoom and Facebook Live. Additionally, Garth routinely uses Inside Studio G to Facebook live stream events.

What we know about the stadium tour

Taste of Country reports that Garth Brooks describes the final stop on his 2020 tour as “possibly the biggest gig of (his) career.” Shockingly, Taste of Country also points out, that this will be a large feat considering that Garth played to a crowd of nearly 980,000 people in Central Park. Some may speculate that his hesitancy to go into detail comes from the current state of the coronavirus pandemic. However, he’s eager to return to the stage. “I miss that dearly, but like everybody else, you do what you’re asked to do,” he says. He also forecasts his thoughts on when he’ll be able to return to the concert stage. “I think concerts, especially stadiums, will be the very last thing that they allow.” While Brooks misses his fans and wants to return to performing he says he “respects that decision.”

Have YOU picked up YOUR Legacy Collection? For #BlackFriday, here are the specials (click link in bio or copy/paste https://garth.lnk.to/vinylBF ) Give the perfect Christmas gift this year -Team Garth

Miranda Lambert Voted One Of Most Influential People 2022
Blake Shelton Headlines 2 Major Events, See What
Jimmie Allen Puts The APB Out On ‘On My Way’ With Jennifer Lopez
Kelly Clarkson Listens To Fans & Delivers — Here’s How
Keith Urban Relies On Marital Devotion For Sobriety?