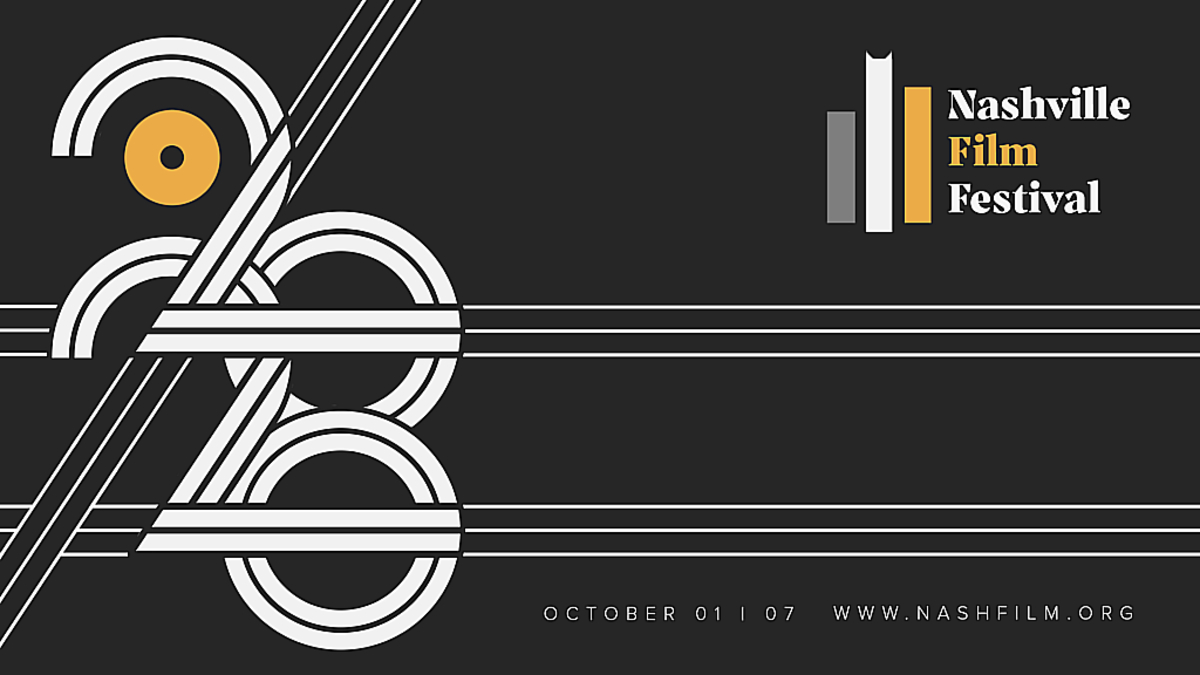 The Nashville Film Festival is up and running virtually despite COVID, and has announced the finalists and the protocols for the festival this fall 2020 event.

This virtual festival plans to expand their audience reach and increase accessibility for 2020 selections.

Today, the Nashville Film Festival rolled out their official program selections for its Music City/Music Documentaries and Tennessee Features/Tennessee Shorts Competition Programs for the 51st edition of the festival.

Originally founded in 1969, the Nashville Film Festival is one of the first film festivals in the United States and will host its 51st festival from October 1-7, 2020.

The festival has Academy Award qualifying status, and celebrates innovation, music and the many voices of the human spirit through the art of film.

Selections for the Music City/Music Documentaries competition include After So Many Days, Can You Hear My Voice?, Elvira: The True Story of Dallas Frazier, Jose Feliciano – Behind This Guitar, Los Últimos Frikis, Never Too Late: The Doc Severinsen Story, The Oratorio, Sisters: Dream & Variations and Slim and I.

Selections for the Tennessee Features competition include Belief, Bowen’s Heart, Death to Life, Nobody Famous, Rattled, Shine Service, Three Cords and a Lie, Where She Lies and You Don’t Know Me.

The films range from inspirational stories about legendary music icons, and stories of human resilience and self-discovery.

“We’re thrilled to share these incredible works as the first piece of the 2020 virtual line-up,” said Lauren Ponto, programming manager of the Nashville Film Festival in a press release. “From portraits of musicians to narrative and documentary films from right here in Tennessee, each film is unique and covers a wide range of music and film genres. We are honored to showcase these perspectives in this year’s festival.”

After So Many Days, directed by Jim Hanft, Samantha Yonack

Trailer: After So Many Days

"After So Many Days" will be playing #HHM4teen Sunday 9/29 @ 5PM at the State Theatre! Directors Jim Hanft & Samantha Yonack will be in attendance for Q&A following the film, and will perform some songs live on stage!After a decade of making music together, Jim and Sam, a recently married singer/songwriter duo from Los Angeles, were not the conventionally successful band they hoped they’d be. Feeling stuck and anxious about their future, the duo made a spontaneous decision to go “all in,” making a pact to play one show every day for a year. With suitcases and a guitar, the troubadours ventured out for a 365-day tour down unexplored roads, and onto unexpected stages, bringing their music to new audiences throughout 14 different countries. After So Many Days, is an intimate front row seat to the highs and lows of what it’s like for two people to pursue a dream, together.https://www.festnest.com/fests/hhmfest/2019/films/after-so-many-days

After a decade of making music together, Jim and Sam, a recently married singer/songwriter duo from Los Angeles, were not the conventionally successful band they hoped they’d be. Feeling stuck and anxious, the duo made a spontaneous decision to go “all in,” making a pact to play one show every day for a year. With suitcases and a guitar, they ventured out for a 365-day tour down unexplored roads and onto unexpected stages, bringing their music to new audiences throughout 14 different countries. After So Many Days, is an intimate front row seat to the highs and lows of what it’s like for two people to pursue a dream, together.

Can You Hear My Voice?, directed by Bill Brummel

Can You Hear My Voice? chronicles the one-of-a-kind Shout at Cancer choir, whose members have all had their voice boxes removed, as they prepare for their most ambitious concert – a sold-out performance at London’s historic Tabernacle theater. Along the way, choir members’ cancer stories unfold, revealing their struggles with self-identity, self-doubt and loss. This is a triumphant testimony illuminating a universal theme – the human capacity for resilience in the face of overwhelming adversity. Produced and directed by award-winning Bill Brummel, his first film since having his own voice box removed in 2016.

Jose Feliciano – Behind This Guitar chronicles the life and continuing career of singer/guitarist Jose Feliciano. Voted as “the world’s greatest living guitarist” and one of the best of all time, Jose Feliciano, is also the first ever global Latin crossover artist, the first Latin American to win a Best New Artist Grammy and Best Contemporary Pop Vocal Grammy, the first to win a Latin Grammy, and he is a pioneer in the mixing of musical genres and musical interpretation. It is the story of one of the greatest and most underrated superstar music artists of all time.

After three decades as the colorful bandleader to “The Tonight Show Starring Johnny Carson,” master trumpeter Doc Severinsen defies nature with a relentless schedule of touring, teaching and performing into his nineties. A beloved musical icon traces his groundbreaking career and personal trials underscoring a life of inspiration and obsession.

Martin Scorsese reveals the story of a single performance in 1826 that forever changed America’s cultural landscape with the introduction of Italian opera to New York City — an event Mozart’s great librettist helped organize. Taking place in Scorsese’s childhood church, this watershed event was lost to history for almost 200 years, but has been rediscovered and the “lost oratorio” will be re-staged.

Tyr and Jasa grew up in an artistic household where art was a way of life. Quirky and insightful sisters, Tyr is a musician and singer while Jasa is an interdisciplinary artist. Inspired by their great-grandmother’s recordings of Icelandic folk songs, they have developed artistic practices that draw on their colourful imaginations and Icelandic roots. Their exploration leads them to journey to Iceland for the first time and collaborate on a project that brings together their artistic disciplines and cultural heritage. In her debut feature film Sisters: Dream & Variations, Catherine Legault immerses us in a world made up of animation, performances and cinema vérité. More than a portrait, the film is an inspiring look at the artistic approach, its various forms and how it can simultaneously express and explore who we are.

Slim and I, directed by Kriv Stenders

For over 50 years country music legend Slim Dusty and his wife Joy McKean trail-blazed their way across Australia performing, writing and collecting songs of the bush and its people. They created a musical legacy that to this day continues to entertain and inspire, a catalogue of plain speaking yet profoundly insightful music documenting the rural Australian experience. Theirs is perhaps one of the greatest partnerships in Australian music history.

This film brings the Queen of Country Music, Joy McKean, to light.

Two best friends, Irma and McKenzie, live unassuming lives in their small town. However, Irma’s world turns upside down after she has a mysterious experience in the field behind her house. Not wanting to be left out of the limelight, McKenzie insists that she also had a supernatural encounter. While Irma questions the origins of what happened to her, McKenzie is adamant that they were both contacted by Jesus Christ. However, Irma soon starts to believe that she was visited by something extraterrestrial.

This film follows eight-year-old Bowen through his third major open heart surgery, his parents caught in the tension between hoping the surgery will make his life better and knowing it could make things much worse.

23 states in the U.S. experienced a significant rise in opioid overdose in 2019. In the newest film by Nate Powers, DEATH to LIFE shines a light on the humanity behind the statistics, as you’re introduced to people whose stories are embedded in the very heart of this crisis.

Nobody Famous, directed by Elizabeth Ahlstrom

Set against the backdrop of a socially and politically volatile sixties, Nobody Famous traces the quick rise and steady fall of sixties folk/pop trio, The Pozo Seco Singers. Recounted through the current day lens of former member, Taylor Pie.

On her mother’s death, Michelle Daniels returns home where she’s unexpectedly reunited with her estranged and acutely mentally ill sister Addison. What Michelle intended to be a quick trip to settle the family succession, spirals out of control as her sister displays an increasingly sinister obsession.

Shine Service tells the incredible life story of Robert Person, a/k/a “Percy”, an 82-year-old, African American shoe shine man. Percy began shining shoes in 1947 with a small shoe stand on Nashville’s historic Jefferson Street and currently owns and operates Shine Service in the historic downtown Nashville Arcade. He is a Nashville icon and has touched the lives of many people including professional athletes and high-profile public officials.

Three Cords and a Lie, directed by Trent Atkinson

Hoping to heal from his difficult coming out, a rising – and gay – country singer returns to his small Tennessee hometown to perform for the first time.

Where She Lies, directed by Zach Marion

This film tells the gripping true story of an assaulted teen, Peggy Philips, who gives birth out of wedlock in Chattanooga, Tennessee in 1962. Upon giving birth, Peggy receives conflicting narratives about her infant’s fate, with one doctor claiming that her baby had passed, and another claiming it was thriving. Thirty-three years later, Peggy’s mother reveals on her deathbed that Peggy’s baby is still alive. After a series of new attempts to uncover the truth, including exhuming her infant’s alleged grave, Peggy reaches an impasse when she runs out of money.

Almost two decades later, the film documents Peggy uncovering the truth about what happened. Through its investigation of false narratives, memory, and motherhood, the film explores the gas-lighting and discrimination that Peggy faced as a sexual assault survivor in the 1960’s deep south.

You Don’t Know Me, directed by Jon Kent

You don’t know TN death row inmate Abu-Ali Abdur ‘Rahman and the cascade of injustices that keep him fighting for his life. You don’t know Lionel Barrett, a celebrated defense attorney turned reclusive goat farmer, who inexplicably blew Abu’s case. You don’t know the prominent businessman whose mysterious cult orchestrated the crime or the deceitful DA who misled the jury. Know them–and the truth behind one of Nashville’s most notorious crimes.

Carrie Underwood Hearkens Back To Signature Style On New Tune
Jimmie Allen Puts The APB Out On ‘On My Way’ With Jennifer Lopez
Maren Morris’ Tour Bus Is Far From Humble
Miranda Lambert Voted One Of Most Influential People 2022
Keith Urban Relies On Marital Devotion For Sobriety?