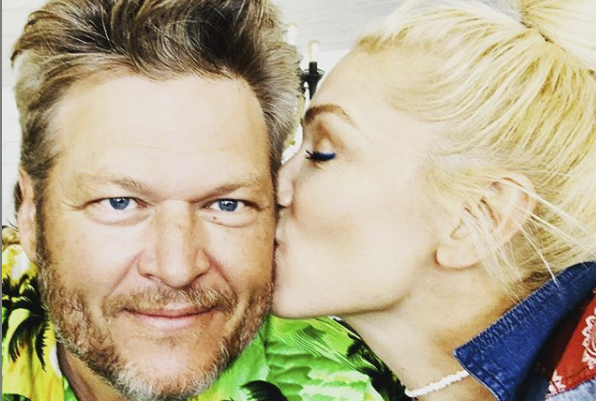 Gwen Stefani and Blake Shelton are reportedly very happy together. They love having a blended family, but according to reports, they want a baby of their own. A source close to the couple reports they have even set aside a room for a nursery.

However, other sources say these are just rumors. They confirm that Blake and Gwen do want a child of their own, but they haven’t made any plans yet.

“They have faith they’ll be welcoming a child of their own,” said another source close to the couple. “It’s just a question of how and when.”

They are allegedly also interested in surrogacy or adoption.

Whatever plans the couple did have may be on hold for now anyway. Blake and Gwen planned to get married this summer, but they postponed due to the pandemic. It’s possible they may wait to welcome a child until the pandemic is over.

Gwen Stefani Has Three Children From Her Previous Marriage

Gwen Stefani and Gavin Rossdale married in 2002 and divorced in 2015. Together, they have three children: Kingston, Zuma, and Apollo.

Shortly after Gwen and Gavin announced their split, they released a joint statement.

“While the two of us have come to the mutual decision that we will no longer be partners in marriage, we remain partners in parenthood and are committed to jointly raising our three sons in a happy and healthy environment,” they wrote. It’s really refreshing to see they are committed to putting the children first.

“An Okie boy and a California girl look on paper like an unlikely match, but what matters is she’s a great human being,” Blake Shelton says. “Gwen is the most understanding, kind-hearted person I’ve ever met and I learn something from her every day.”

The Inquisitr notes that pregnancy rumors surrounding the couple have been around for years. While we would love to learn about a new baby, it may be best to take these rumors with a grain of salt until the couple makes an official announcement.

Blake Shelton Seems to be a Great Step-Dad

Even though Gwen’s oldest son, Kingston, publically declared his hatred for country music, Blake seems to have a great time with the kids. Gwen Stefani made a touching Instagram post on Father’s Day, featuring an album of Blake and the boys. Even Kingston can be seen cracking a smile in the album.

What do you think about the baby rumors? Do you think they’re credible or not? Let us know what you think in the comments. Stay tuned for more country music news.

Keith Urban Relies On Marital Devotion For Sobriety?
Jimmie Allen Puts The APB Out On ‘On My Way’ With Jennifer Lopez
Blake Shelton Headlines 2 Major Events, See What
Kelly Clarkson Listens To Fans & Delivers — Here’s How
Miranda Lambert Voted One Of Most Influential People 2022