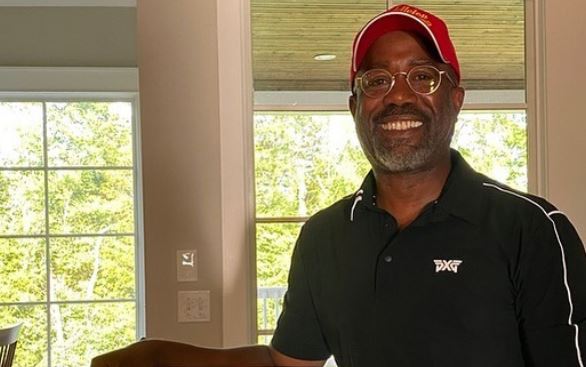 It turns out that Lady A star Charles Kelley reached out to his good friend Darius Rucker recently. He needed some advice about the name change they were going to make for their group. Taste of Country shared the details about what happened.

Lady Antebellum has changed their name to Lady A. They were known by their fans by this name already so it just made sense. The group put out a statement at the time explaining.

“When we set out together almost 14 years ago, we named our band after the southern ‘antebellum’ style home where we took our first photos. As musicians, it reminded us of all the music born in the south that influenced us…southern rock, blues, R&B, gospel and of course country,” the band said. “But we are regretful and embarrassed to say that we did not take into account the associations that weigh down this word referring to the period of history before the civil war, which includes slavery.”

The group went on to explain that they never meant any harm at all with their name choice. They made this big change to their name hoping to make things better.

Darius and Charles like to play golf together and get along well. It made total sense that he would ask him. The thing is he didn’t share exactly what his advice he gave Kelley was. These two are good friends and still are, so it must have been advice that he appreciated. Lady A did go through with the name change after talking to Darius Rucker.

It turns out with everything going on right now with Black Lives Matter that a lot of people reached out to Darius Rucker. It is great that he can answer their questions for them. Darius shared a bit about it.

“They didn’t call to ask me to exonerate anything. They called me to talk about it. It was really great that the dialogue was open and we were talking. It was huge to me. It’s something that the world and Nashville needs.”

Darius Rucker is one of a few black artists in country music right now. He is joined by several hitmakers such as Kane Brown and Mickey Guyton. Fans have loved Darius since he was part of Hootie and the Blowfish.

Do you think that Lady A made the right choice? Share your thoughts in the comments below.