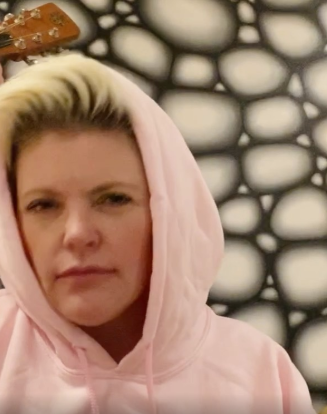 In case you didn’t hear yet, the band formerly known as Lady Antebellum is entangled in a lawsuit. Over the past several months, various celebrities chimed in on escalating racial tensions. Some announced how they planned to make a change. Bands formerly known as The Dixie Chicks and Lady Antebellum opted to change their names in favor of racial sensitivity. Both band names have connections to the former Confederacy.

The Dixie Chicks announced they are now simply, The Chicks. After careful consideration, the band formerly known as Lady Antebellum decided to follow suit. They released the following statement on Instagram:

The band chose to shorten its name to “Lady A,” but that’s where the trouble lies. The moniker “Lady A” already belongs to another singer, blues musician Anita White.

According to White, Lady Antebellum approached her and tried to work out an agreement. However, she asserts the band made her feel intimidated and bullied into doing what they wanted. The band asked to share the name, but White wasn’t comfortable with that. She asked for monetary compensation if the band wanted to use the name, however, the band declined. Lawsuits ensued. Anita White spoke to Rolling Stone about her experience and unfair treatment.

Natalie Maines of The Chicks Reacts to the Situation

On Watch What Happens Live with Andy Cohen Natalie Maines of The Chicks spoke her piece on the escalating situation.

“I think it’s been very awkward and uncomfortable to have this whole lawsuit and it’s kind of going against the point of changing their name—unfortunate,” she says.

“They claim to be allies and that they wanted to change their name out of the racist connotation, and then they sue a black woman for the new name,” White says in the Rolling Stones interview.

Maines and White certainly have a point. Lady Antebellum said they wanted to change their name to be racially sensitive, but don’t seem to see the irony in taking a name that has been in use by another artist for several decades.

What’s Next for the Original Lady A?

Even though White wants to keep rights to the name Lady A, she doesn’t believe she will win in a lawsuit. According to the Rolling Stone interview, she asserts that is the reason she asked for financial compensation.

She says, “I’d never asked for a dime, but they weren’t listening to me, and I knew they weren’t being genuine. With being a real ally, you put your money where your mouth is [and] you put your words into action. They tell a story that I asked for $10 million, but they didn’t tell the true story, and they didn’t say why I did it. I saw this wasn’t going anywhere and they erased me. So what do you think I’m going to do? I have to rebrand myself. I don’t want to have to share a name with you. And you shouldn’t be allowed to just get a slap on the wrist. I wanted my name. All I ever wanted was to keep my name in the blues genre doing what I did. I should not have to bend to [the band’s] will because they’ve got money.”

How do you think this situation will continue to play out? Let us know and keep reading on at Country Music Alley.