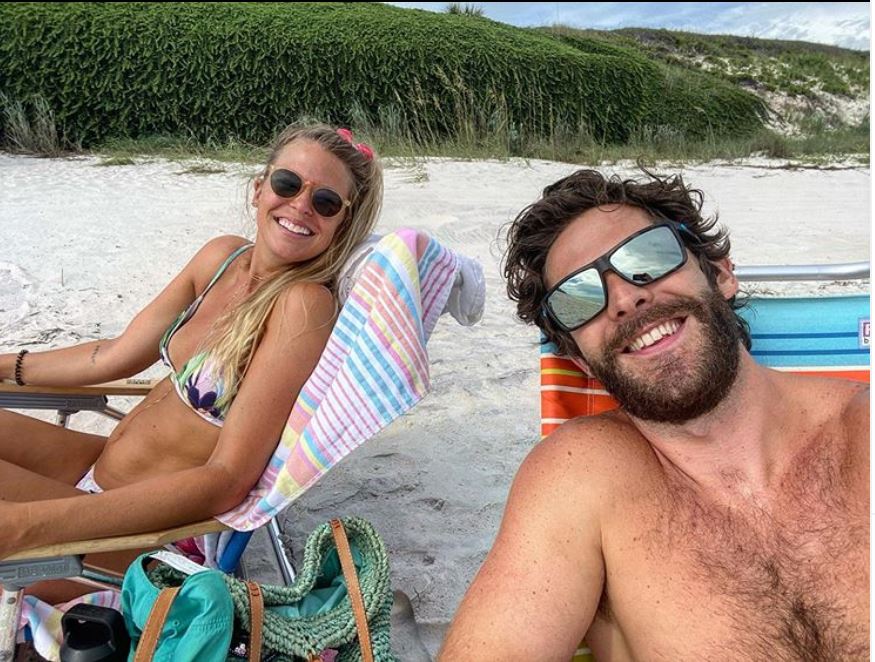 Without a doubt, Summer 2020 has been tumultuous for a few high-profile relationships. Of note on the Country music scene are Kelly Clarkson and Brandon Blackstock, Darius and Beth Rucker, and Kacey Musgraves and Ruston Kelly. Conversely, a couple of Country couples seem to be thriving. For example, Luke and Lina Bryan and Blake Shelton and Gwen Stefani.

Did Thomas Rhett hit a rough patch in his marriage?

People reports that Country star, Thomas Rhett, recently opened up about his marriage on The Bobby Bones Show. Specifically, Rhett mentions a “hard” moment in their lives. The interview comes on the heels of the release of his wife, Lauren Akins’, book Live in Love. Unfortunately, Rhett admits that the books had “parts where I wish I wasn’t made out to look like such a jerk.”

It seems that much of this portrayal is during the process of adopting their daughter, Willow Gray, 4, from Uganda. He specifically recounts an instance when Akins was in Uganda, while he remained stateside touring. Assumably, international adoption is a difficult process, but being seven months pregnant and fighting morning sickness can only add to the stressors. During the adoption process with Willow Gray, Akins was pregnant with Ada James, now 3.

Sadly at one point, Laura Akins points out, “We are living two completely separate lives right now.” The “Be a Light” singer explains, “Lauren called me because it was 9 o’clock in the morning in Uganda and.. she hears all of her friends in the background. Meanwhile, Lauren is seven months pregnant and throwing up in a bathroom in Uganda.”

Luckily, Thomas Rhett and Lauren Akins realized that they couldn’t fix things overnight. The father of three says, “That was a really humbling experience for me, just knowing what she was dealing with in a sense of aloneness while I”m kind of living life as usual.” Undoubtedly, Rhett explains that it was hard for the couple, but therapy is helping.”

What else does the “Die a Lucky Man” singer have to say about marriage?

All of that to say, Thomas Rhett and Lauren Akins are doing alright. “Coming on the other side of that, I feel like I learned so much from that experience. It made me know that, in marriage, you do have to figure stuff out.” Seemingly to give some uplifting marriage advice, Rhett goes on to say, “You have to talk about it. You’ve got to be really about it you’ve gotta be honest about it.”

While Rhett may not have liked his portrayal in his wife’s memoir, he looks at the positive side of things. “Hopefully, there’s somebody else reading that chapter going, ‘Man, I’ve been in that same position. If they can work it out, we can work it out too.” It’s a relief to know that the adorable family of five is doing well.