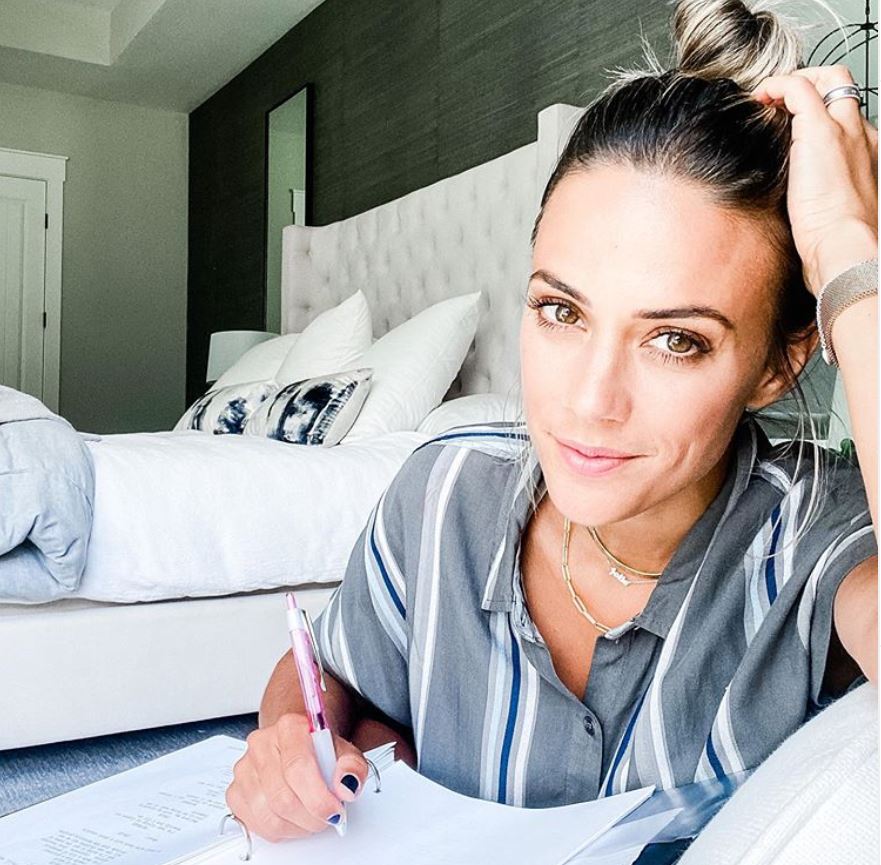 Jana Kramer and Mike Caussin are very open about things that occur in their marriage. People reports that Caussin filed for divorce in 2016 while Jana was competing on Dancing with the Stars. The news comes ahead of the release of Kramer’s book “The Good Fight” on September 22nd.

Jana Kramer and Mike Caussin have a rocky past

In September 2016, the couple announced that Caussin was seeking treatment for his intimacy addiction. Sadly, this came only a year after they were married. On July 29, 2020, the couple openly discusses the past and what they are doing to move past it on their podcast, Whine Down with Jana Kramer and Michael Caussin.

Additionally, the 2013 Top New Female artist acknowledges their struggles via Instagram. Remarkably, she captions a photo, “Holy hell was 4 years ago the worst day of both of our lives and damn did our world literally explode. But last night was the first time on this day that we were closer than ever. Sure, there were some tears, but the connection was strong(er) than it’s ever been. I’m so thankful for the way Mike leaned in with empathy. That makes all the difference.”

Given the fact the couple is surprisingly candid about Caussin’s past digressions, the divorce filings shouldn’t come as a surprise. While reading a passage from Jana’s upcoming relationship self-help book, The Good Fight, with Caussin, several pivotal moments in marriage are brought to light. Gut wrenchingly, Jana shares that she found out about her husband’s divorce plans through her manager. However, at that time, she and Caussin had been separated for weeks.

Sadly, Kramer explains how she dealt with the tumultuous time. “Mike was in rehab and I was in an all-out war with my emotions. Most days, I would push Mike out of my brain and tried to live in the world as if he didn’t exist.” While reading from her book, she continues, “Other days I was too weak to push and I missed him, and I hoped he would be in the audience watching me perform, rooting for me.”

Feels so good to be back to normal with the fam after working so much. My hearts. And a huge thank you to my husband for holding it down and being incredibly supportive. #family

While it may seem contradictory to how she missed Caussin and wanted to see him the audience, she admits that she did some things that may have fueled the fire. Kramer explains that she called Caussin screaming after she found out that he’d filed for divorce. She states, “That’s what I’m supposed to do! How dare you!” That’s when Caussin tells her that it’s because she wouldn’t let him see their daughter. Kramer justifies this, “I was so desperate to keep close to me the one thing that brought me calm, that even though I knew it was wrong and could hurt him.”

While it could appear like the couple was going back and forth deliberately trying to hurt each other, Caussin says, I was like, “Alright if you don’t let me see my daughter, I’m going to do what I need to do to protect myself and see her.”

The road to reconciliation

Shortly thereafter the “I Got the Boy” singer speaks of a moment of clarity. She says, “a voice in my head finally spoke up in defense of this man and our marriage.” In an inspiring moment to other struggling couples Caussin poignantly pens, “But even throughout those days of misery, we were both still there. We both continued to show up despite the fact that all it would take to end the pain was a signature at the bottom of divorce papers.”

Luckily for fans of the couple, things are seemingly looking up for the family of four. Jana Kramer and husband, Mike Caussin share two children together; Jolie Rae, 4, and Jace Joseph, almost 2. It’s comforting to see during difficult times, there are couples that reconcile their relationships. Additionally, it’s nice that they provide insight to others that may be struggling with the same thing. Stay tuned to Country Music Alley for more Country couple news.