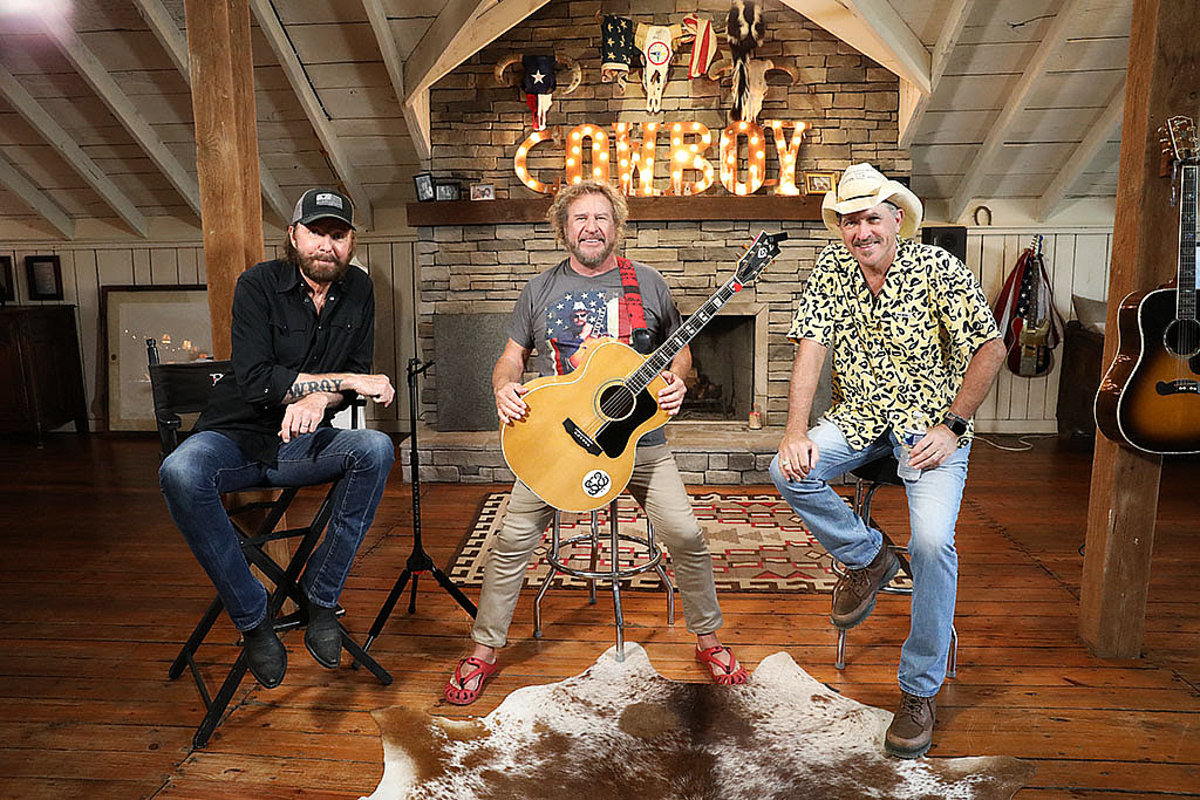 AXS TV’s Rock & Roll Road Trip with Sammy Hagar is back once again in October.

The series is the popular music interview series for the network, now continuing its fifth season, returning with six all-new episodes starting in October.

Hosted by music icon Sammy Hagar, Rock & Roll Road Trip has cemented itself as one of the network’s top performing programs, as fans dine on the interviews conducted by Red Rocker (Hagar) who hits the road for these candid conversations and unforgettable jam sessions with some of the biggest names in entertainment.

In the first-half of season five, Hagar cruised across the country to talk shop with an illustrious roster including country superstars Brooks & Dunn, Big & Rich, and other music luminaries.

“I could not be happier to finally be back in business on the fifth season of Rock & Roll Road Trip,” Hagar said in a press statement. “We have so much fun with this series, and there are a lot of cool appearances and performances planned for the second-half. I think our fans are really going to enjoy it, and I hope we can provide them with some much-needed entertainment during this time.”

“Rock & Roll Road Trip has always been a favorite with our audience, and we are so pleased to be able to bring them six all-new episodes as we continue production on season five,” said Sarah Weidman, Head of Original Programming, Development and Multiplatform Content for AXS TV. “We look forward to giving our loyal viewers even more of the fun conversations, exclusive jam sessions and unforgettable moments they have come to expect when Rock & Roll Road Trip returns on October 4th.”

What happens this season?

On the second-half of season five, we are treated to a tour of Ronnie Dunn’s unique ranch where the Country star raises a different kind of livestock, followed by a lively jam session with Hagar, Dunn, and Kix Brooks.

Then, on October 11, the series presents a heartfelt tribute to the late Eddie Money, as the Red Rocker honors his dear friend during a star-studded night of music that finds him taking the stage with Money’s children Dez and Jesse Money, and catching up with fellow rock trailblazers James Hetfield, George Thorogood, Greg Kihn, Louie Anderson, Mickey Thomas, Kevin Cronin and Dave Amato.

Also a visit with acclaimed artist Pat Monahan, frontman of the Grammy-winning septet Train (Oct. 18); a stop in the heart of Music City—Nashville—where Hagar heads to one of his favorite venues to trade stories with chart-topping rocker Chris Daughtry, followed by a performance of the blues classic “Have Mercy” (Oct. 25); a spirited sit down with legendary percussionist Kenny Aronoff and Toto founder Steve Lukather (Nov. 1); and a one-hour special to close out the season (Nov.8).

The Network’s signature programs include Dan Rather’s The Big Interview, Rock & Roll Trip With Sammy Hagar, and Live From Daryl’s House, and concert events such as CMA Fest and Farm Aid.

The channel is also the home of IMPACT Wrestling, one of the world’s largest entertainment properties.

Carrie Underwood Hearkens Back To Signature Style On New Tune
Miranda Lambert Voted One Of Most Influential People 2022
Jimmie Allen Puts The APB Out On ‘On My Way’ With Jennifer Lopez
Kelly Clarkson Listens To Fans & Delivers — Here’s How
Blake Shelton Headlines 2 Major Events, See What