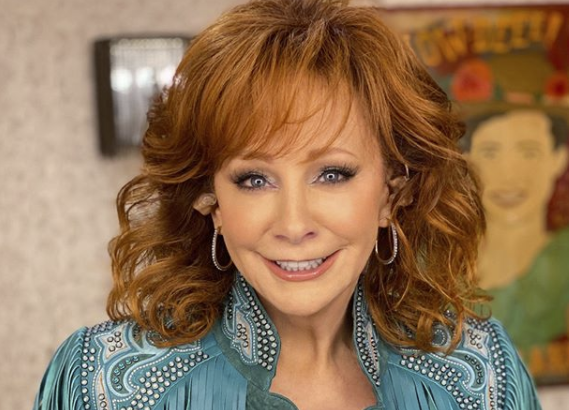 Country music legend Reba McEntire has a new love in her life and fans are obsessed with how sweet they are.

“Fun in MT with my Sugar Tot!!! @rexlinn13,” she captioned a photo of the two on Instagram. You may know Rex Linn from his role on CSI: Miami.

The pair began dating in January, just before the pandemic set in. It’s not easy getting to know someone when you can’t be together, but Reba and Rex made it work. The two spent a lot of time FaceTiming each other this year.

“It’s good to have a person to talk to, laugh with, get into subjects about what’s going on,” said Reba. “Discussions about our past, our family, funny stories, him being an actor, me being an actress. And he’s very into my music. I’m very into his career.”

She adds that their time together has been great and she looks forward to whatever happens with their relationship in the future.

When she isn’t getting cozy with her new man, Reba’s still focused on her career. Right now, her fans are looking forward to seeing her host the upcoming CMA Awards on November 11. But that’s not all.

The country star also recently announced she is involved with the Fried Green Tomatoes remake. Reba will serve as the show’s executive producer and star as the lead, Idgie Threadgoode. We don’t know much about the project yet, but it will be exciting to see Reba take on this new role.

According to Variety, it will be a modern retelling of the story. If you’re a fan of the book or the 1991 film, you might want to check out this new adaptation.

Either way, we’re certain Rex Linn will tune in. It’s refreshing to see that they’re so interested in one another’s work.

Had a fantastic dinner with this Oklahoma girl. Tater Tots and Ketchup included. @reba

Reba McEntire was famously married to Narvel Blackstock from 1989 to 2015. His son, Brandon Blackstock, is going through a divorce with singer Kelly Clarkson. Reba was reportedly devastated about their break up. Kelly and Reba are very close.

After her split from Narvel, she dated Anthony “Skeeter” Lasuzzo until their breakup last year. Now, it seems that she and Rex are very happy together. Could wedding bells be in their future? Only time will tell.

Do you love Reba’s new beau? What do you think of their romance? Let us know in the comments below. Check back with us to keep up with all the latest country music news.

And don’t forget to tune into the CMA Awards! Who do you think will win big this year? There are so many great artists up for awards. We’ll definitely have more up about that soon. Stay tuned!