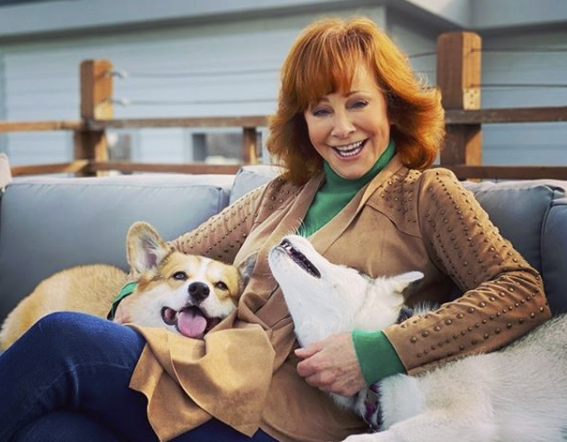 Remember the 1991 classic film, Fried Green Tomatoes? Get ready — it’s about to head to the small screen. Variety reports that it will be a modern retelling of the story. Country music legend Reba McEntire will serve as the executive producer as well as star as the lead, Idgie Threadgoode.

The 1991 film definitely changed a few things from Fannie Flagg’s 1987 novel, and it looks like the TV series will take even more liberties.

“When present-day Idgie Threadgoode (McEntire) returns to Whistle Stop after a decade away, she must wrestle with a changed town, estranged daughter, faltering cafe and life-changing secret,” Variety summarizes the new project.

If you’re a fan of either the original movie or novel, you know right away that Idgie doesn’t have any children. The rest of the plot seems plausible though.

No one is sure if the new show will address one of the movie’s major faults, though. In the novel, Idgie Threadgoode and Ruth Jamison are lovers. But in the movie, their romantic relationship is completely glossed over and instead, they are portrayed as close friends. Perhaps the new show will return to the original content and reinstate this important plot device.

This will be another thing to keep Reba busy. After her break-up with Anthony “Skeeter” Lasuzzo in 2019, the singer recently announced she started dating again.

Taste of Country reports that her new beau is none other than CSI: Miami star, Rex Lin. According to Reba, the two started dating in January. When the pandemic hit, they started FaceTiming a lot and really got to know each other.

“It’s good to have a person to talk to, laugh with, get into subjects about what’s going on. Discussions about our past, our family, funny stories, him being an actor, me being an actress. And he’s very into my music. I’m very into his career,” Reba said about Rex. “It’s just great getting to talk to somebody who I find very interesting, very funny, very smart, and is interested in me, too.”

Reba fans are definitely happy to see that she’s doing so well ahead of the CMA Awards. She and Darius Rucker will co-host the awards night on November 11 on ABC. If you love country music, you won’t want to miss out on this unforgettable night.

I’m thrilled to be back hosting the #CMAawards and even more thrilled that I get to share the stage with @dariusrucker. We’re looking forward to a night of celebrating great Country music and hope you’ll tune in and watch LIVE Wednesday, November 11th on @abcnetwork!

Will you tune in to see Reba McEntire star in the new adaptation of Fried Green Tomatoes? Let us know what you think. We aren’t sure when the project will take off yet, so there is plenty of time to read the book and see the 1991 movie first. If you’re already a fan of the story, be sure to let us know. We’re always interested in what you have to say.