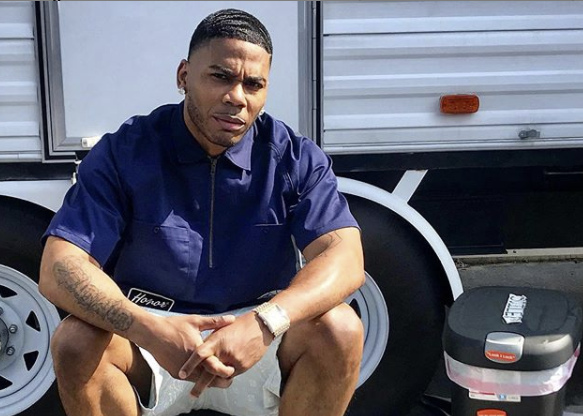 Grammy-winning rapper Nelly loves collaborating with country music stars. You probably remember when he joined forces with Florida Georgia Line to remix their song, “Cruise” back in 2013. Now, they’re teaming up again. Their new creation is called “Lil Bit” and we think you’ll really love it.

Nelly Hopes To Push Boundaries With This New Album

People don’t typically think about rap and country music going together, but many artists are working to change that. Remember “Old Town Road” by Lil Nas X?

“Music brings all types of people together and this track, ‘Lil Bit,’ is a dope track that merges my hip-hop style with my boys FGL country style once again,” said Nelly. “I hope it will draw both hip-hop fans and country fans to it!”

Take a listen and see what you think.

Nelly is competing on Dancing With The Stars right now and having the time of his life. However, he had time to tease his new album to Entertainment Tonight. According to the rapper, he sprinkled country influences throughout the album.

“The new EP I have coming out, we’re still putting it together,” Nelly said. “Basically, it’s not a country album, but it’s country-influenced. I’ve had a lot of great success in all formats of music and country’s been one that has accepted me and shown me a lot of love.”

And Florida Georgia Line isn’t the first country group Nelly worked with. He and Tim McGraw teamed up in 2004 for his song, “Over and Over.” Nelly says he’s really excited to bring his “own Nelly flavor” to the EP.

The Rapper Represents Country Music On The Dance Floor Too

Nelly and his partner Daniella Karagach stunned the Dancing With The Stars audience with their performance last week. They performed a Viennese Waltz to Tim McGraw’s “Humble and Kind,” earning 24 out of 30 points from the judges.

Take a look at their performance here:

In the recording of the rehearsal room, Nelly was very excited to learn they were performing to a Tim McGraw song.

“That’s my boy!” the rapper said at the time.

Many people didn’t think Nelly would last long in the competition, but he’s still in it to win it. He and Daniella improve week after week.

“I’mma go all out!” Nelly told Entertainment Tonight about his performances. “If you look at me, if you look at my music, I’ve been able to cross all genres. I’ve been able to do a lot of things with my music that a lot of people said I couldn’t do and said I was crazy for when I first did it. Merging hip-hop and country, hip-hop with pop, but having success. I think this is no different, in a sense of thinking outside the box.”

Dancing With The Stars airs new episodes on Monday nights at 8 PM eastern time. Tune in this week to see Nelly attempt the Argentine Tango.

Stay tuned to see what he comes up with once the competition is over.

Miranda Lambert Voted One Of Most Influential People 2022
Kelly Clarkson Listens To Fans & Delivers — Here’s How
Jimmie Allen Puts The APB Out On ‘On My Way’ With Jennifer Lopez
Keith Urban Relies On Marital Devotion For Sobriety?
Blake Shelton Headlines 2 Major Events, See What