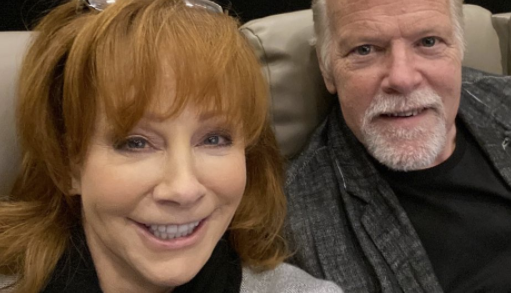 Country music superstar Reba McEntire is currently dating actor Rex Linn. The pair started dating during the pandemic, so they haven’t had many opportunities to go out and about. However, movie theater chain AMC started offering private screenings recently. Moviegoers can rent out an entire theater for their viewing pleasure without worrying about crowded theaters. Rex and Reba jumped at the opportunity.

“AMC offers private screenings…. we took them up on it. First movie date!❤️” Reba captioned a conglomeration of photos on her Instagram page. Based on her hashtags, it seems that the two chose to see News of the World starring Tom Hanks.

The photos featured Rex and Reba enjoying having an entire theater to themselves. And of course, they got all their favorite movie snacks.

Would Reba McEntire Ever Tie The Knot Again?

Things seem to be going well for this new couple. Reba McEntire even rang in the New Year with Rex Linn. They took sweet photos with her donkey, Poncho. Could wedding bells be in the air for the two?

Fans know that Reba McEntire has already been married a few times. Most recently, she and Narvel Blackstock were married from 1989–2015. Singer Kelly Clarkson just recently divorced Narvel’s son, Brandon Blackstock. But even though they are no longer technically related, Kelly and Reba are still pretty close according to reports.

A few years after her split from Blackstock, Reba dated Anthony “Skeeter” Lasuzzo. Reports say she and Rex Linn started dating in January 2020, just shortly before the pandemic hit. It can be pretty hard to get to know someone while you’re in quarantine. But they reportedly Facetimed a lot and found a way to make it work.

Now, they’re comfortable meeting up in person for dates. A new Coronavirus vaccine is making it’s way to the general public. Perhaps by the end of the year, Rex and Reba can go see films without renting out entire theaters. If they did plan on marrying, it would likely be after the pandemic ends.

So would you like to see Reba McEntire remarry? Let us know what you think in the comments.

Did You Catch The Country Music Star In This New Music Video?

If you love listening to Reba McEntire, you’ll probably be interested to know that she joined a country music newcomer on his latest track. Cody Johnson is the singer of “Dear Rodeo,” and you can see and hear Reba in the music video too. The song means quite a bit to both singers, as they were both once rodeo stars.

If you haven’t seen it yet, check it out here:

To keep up with the legendary Reba McEntire and other Country music stars, make sure to regularly check back with us. We’re here to keep you filled in on all the latest news!