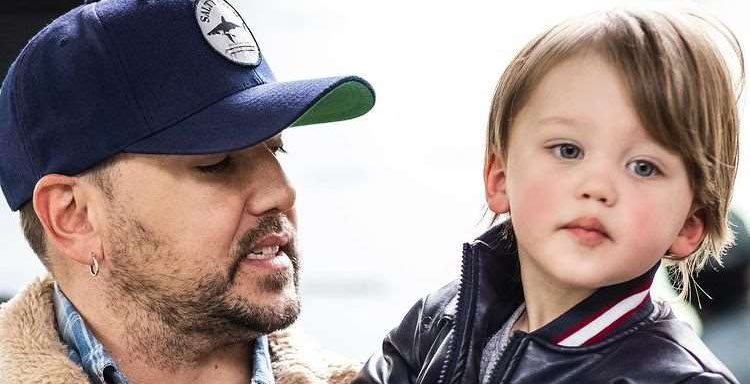 Jason Aldean shares a sweet picture of his son, Memphis on Instagram in celebration of his third birthday. Unfortunately, it seems nothing is sacred when you’re in the public eye.

Ahead of Memphis Aldean Williams’s third birthday, the proud father shares an adorable photo of the little guy on Instagram. In the photo, Memphis looks like he’s ready to rock out with his dad since he’s holding a bright yellow guitar. He’s wearing a yellow long sleeve shirt, blue jeans, and fresh white kicks. His long blond hair is pulled back in a ponytail. One fan comments that Memphis has “all the Elvis feels.”

Jason Aldean (and fans) respond to a troll remark on the photo of his son, Memphis.

While many comments on this post are mostly Birthday wishes for the toddler, one follower seems to take things too far. Rudely, their comment reads, “That’s a boy?” However, Jason Aldean fans are quick to defend him and his son. As of this writing, the smart remark has 265 replies. Most of them calling the comment out for its troll behavior.

Tastefully, Aldean responds to this remark. It seems that he takes the high road and assumes that the commenter doesn’t actually know that Memphis is a boy. Furthermore, this is plausible given the number of comments from fans that exclaim that Memphis and his little sister, Navy, could be twins. Aldean even acknowledges that his children look alike. An Instagram photo of the three of them is captioned, “Irish twins.” In response, Jason Aldean writes, “if people would take time to read the caption it would clear things up pretty easily,” and closes with a shrug emoji.

Country star shares a personal fact about him and his wife, Brittany Aldean.

Rightfully so, Jason Aldean is all about Memphis on his social media today. Adorably, his Twitter is a collection of collages of Memphis. However, one tweet shares an intimate detail about the family. While expressing his gratitude for his son, and encouraging his fans not to take one day for granted, he pens a touching tweet to accompany a collage of photos of Memphis. The “Got What I Got” singer, tweets, “For awhile, @brittanyaldean and I weren’t sure we would be able to have a baby, so the fact that we now have 2 is a blessing to us both and we never take one day of it for granted.”

For awhile, @brittanyaldean and I weren’t sure we would be able to have a baby, so the fact that we now have 2 is a blessing to us both and we never take one day of it for granted. Happy bday buddy!! We love u so much ❤️! #MemphisAldean #3 pic.twitter.com/jb8rYu7XSr

What are your thoughts on people mistaking Jason Aldean’s son, Memphis for a little girl? Do you think it is an innocent mistake or troll behavior? Let us know in the comments below. Come back to Country Music Alley for more news about your favorite Country stars.

Jimmie Allen Puts The APB Out On ‘On My Way’ With Jennifer Lopez
Keith Urban Relies On Marital Devotion For Sobriety?
Kelly Clarkson Listens To Fans & Delivers — Here’s How
Miranda Lambert Voted One Of Most Influential People 2022
Blake Shelton Headlines 2 Major Events, See What