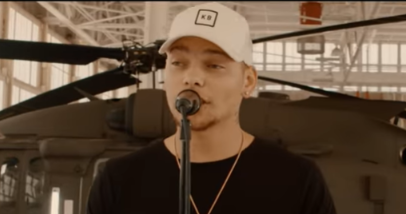 Kane Brown has started 2021 off right! He posted a video of him singing along to a new song on his Instagram yesterday. The new song sounds like a sweet and fun tribute to his wife, Katelyn Jae. The song “Nothing ‘Bout Loving You I’d Change” already sounds like another hit single.

With over 600,000 views so far; fans are eagerly hoping that is enough for him to keep his promise and drop another preview video for fans today. One fan said, “I am ready for new Kane Brown content! How about you?” We don’t have any information about when the album might be released, but with this preview, it might be soon!

Kane Brown often writes songs for his wife or chooses them because they reminded him of Katelyn. “Heaven”, Kane’s second number-one single was chosen for just this reason. Brown even cut another song in favor of “Heaven”. Love stands out as the singer croons. “I don’t know how heaven; heaven could be better than this.” The most recent song Brown released dedicated to Katelyn is “Worship You” where he sang, “But girl, it feels like a miracle that you’re mine.” The chorus that Kane previewed of his new song talks about how “There ain’t nothing, nothing about loving you I’d change.”

Kane released his first extended play in 2015 and signed with RCA Records in early 2016. He released a second EP in early 2016; which he followed up with his first full-length album, self-titled Kane Brown, in late 2016. This album and the deluxe edition released in 2017 solidified Brown in country music. Kane was the first artist to ever hold the number one position simultaneously in all five of the top country charts.

Brown released his second album Experiment in 2018. After this album, Kane chose to work on collaborations with artists like Camila Cabello, Khalid, and Brooks & Dunn. But Brown released an EP in 2020, Mix Tape Vol. 1, which included his single “Cool Again”. The preview makes fans excited for more new music. Many fans hope they will get a full album.

Fans are already losing their minds over this song already. One person complained that they couldn’t find the song on Apple Music, so other fans informed them that this was just a tease for the new song. Others were a little more impatient over the forced wait saying, “You have fooled us enough, just release it”. Another fan is happy with the short preview of the song. They said, “I’m just gonna go ahead and watch this on repeat all day!!” 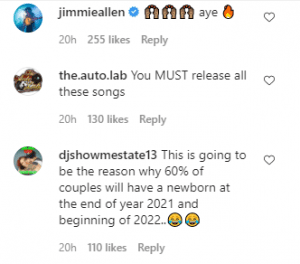 The smile Kane has while singing and dancing along to his song is infectious and it is obvious that he is really proud of this song. Fans are commenting on that just as much as they are loving the new music.

Is Taylor Swift Dropping A Surprise Album This Year?
Gwen Stefani Fans Want Singer To Stop ‘Filtering’ Her Photos
Miranda Lambert Shares A Glimpse Into Her Creative Process
How Blake Shelton Beat Out Taylor Swift In 2021
Gwen Stefani Has A Serious Case Of Puppy Love