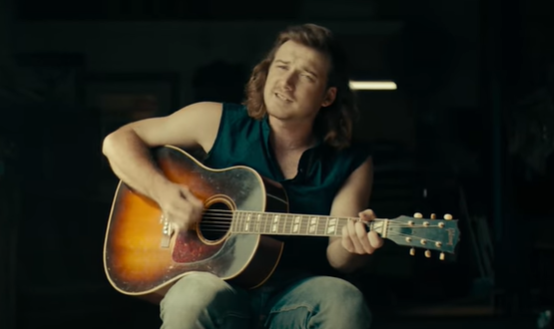 Morgan Wallen had a busy 2020. His new album, Dangerous, was released last week and the double album boasts an impressive thirty songs. This will surely satisfy fans’ desire for new music, but the process to create the album was not always easy. According to Wallen, he had most of the songs for the album written before quarantine, so he did not need to write too much. But he did use Zoom twice.  One session was where he and Thomas Rhett wrote a new song. The song, “Mamaw’s House,” will likely appear on Rhett’s upcoming album according to Wallen.

When the lockdowns happened Wallen did not need to finish writing many songs. But he used Zoom a total of two times for virtual songwriting sessions. “And the first one was very unsuccessful; we didn’t get a thing,” the singer complained. Wallen explained that to him the platform hinders the collaborative process, “I don’t like writing on Zoom”.

Wallen admits, “I haven’t written a song in a while. I’ve been so busy working, rolling this whole project out, that I haven’t been writing as much.” But luckily for Morgan, when he needs to work on a song, he can meet with a few people. “Luckily, the people I’ve written with have been my really close friends, and we all kind of trust each other, and we’ve been able to get in the same room with each other and been able to do some of that together”.

The songs on Wallen’s album have Thomas Rhett as a co-writer, so Morgan gave Zoom another chance to return the favor. He tried to play off the session but name-dropping Thomas Rhett is all it took to get the fan’s attention. “I wrote a song with a couple of my buddies and Thomas Rhett was there, too,” he commented nonchalantly. He went on to say, “That’s the only song I wrote during this quarantine, and I think it’s gonna end up being on his album.” Morgan’s final remark being, “And I think I’m gonna sing it with him. So that was a successful Zoom write, at least!”

About the new song

While Morgan Wallen did not elaborate on what the song was about or give details about the possible duet, Thomas Rhett did. Rhett performed an acoustic version of the song on Instagram in August. The lyrics are a nostalgic reminder of what it was like visiting grandma’s house and a hope for those times again. “Maybe this crazy world would straighten up and slow on down if every town had a Mamaw’s house.”

Fans have been commenting on the post with praise for the song and loving the message. But with no news of when Rhett will release this album, they will have to wait. And in the meantime, they can enjoy duets on Dangerous where Morgan Wallen performs with Chris Stapleton and Ben Burgess.