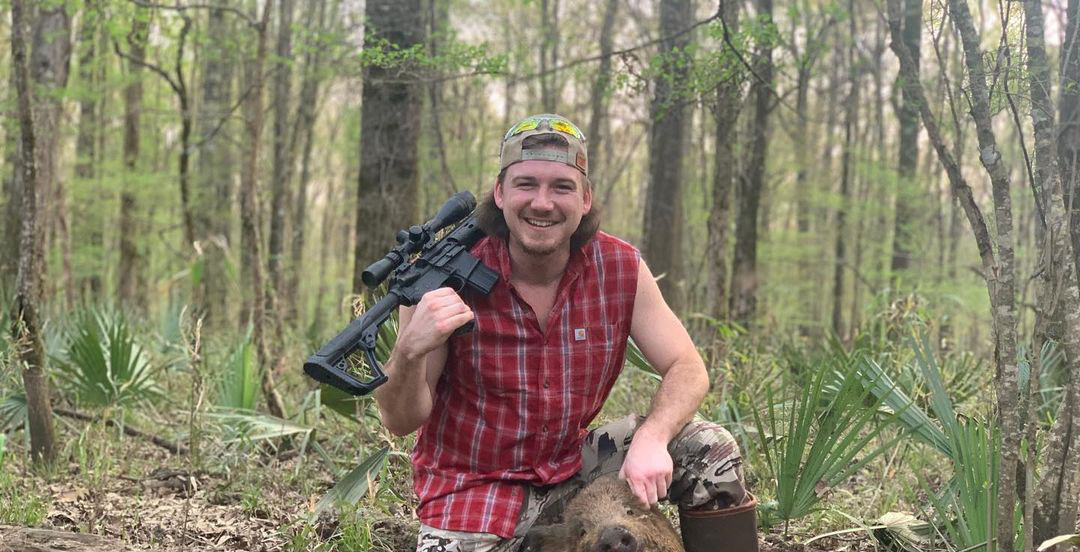 Over the weekend, Morgan Wallen was caught on one of his neighbor’s doorbell cams using a racial slur. Unfortunately, this isn’t the first time the world sees Wallen in an unsavory light. With this recent development, people wonder if there will be real consequences for the singer this time. And it seems that Wallen will have to deal with the consequences of his drunken actions this time. Read on for more details about how the Country music industry and fellow artists are responding.

What Started All of This Morgan Wallen Controversy

Unfortunately, TMZ reports that after a night out over the past weekend, Morgan Wallen came home and proceeds to be rowdy as he makes his way up the driveway. The exact timeline of events is uncertain. However, there are sightings of the Country artist at Luke Byran’s restaurant, 32 Bridge, since Wallen got on stage to perform. According to the TMZ Wallen and his crew got back to his residence shortly after midnight. However, they seemingly draw attention to themselves by being extremely loud.

How is the Country Music Industry Handling It?

ET Online gives an in-depth report on how the Country music industry is handling Morgan Wallen’s actions. For starters, his music label, Big Loud Records, indefinitely suspended him from their label. Big Loud Records is a subsidiary of Republic Records. They took to Twitter to give their statement. It reads, “In the wake of recent events, Big Loud Records has made the decision to suspend Morgan Wallen’s recording contract indefinitely.” The tweet goes on to say that, “Republic Records fully supports Big Loud’s decision and agrees such behavior will not be tolerated.” Furthermore, Country radio stations and playlists are removing him from their platforms.

Other big players in the music industry release statements about their actions regarding playing Morgan Wallen’s music. Notably, iHearRadio says, “In light of Morgan Wallen’s recent actions involving the use of a racial slur, we have made the decision to remove his music and content from our stations effective immediately.” This decision affects radio play on over 850 radio stations.

Additionally, another 400 stations or more are directed by Brian Phillips, the EVP of Cumulus Media to cease playing Morgan Wallen content. His directive reads in part, “Effective immediately we request that all of Morgan Wallen’s music be removed from our playlists without exception. More to follow.”

Even CMT takes to Twitter to release their statement. They announce that they “are in the process of removing his appearances from all of our platforms.” Additionally, they tweet, “We do not tolerate or condone words and actions that are in direct opposition to our core values that celebrate diversity, equity & inclusion.”

After learning of Morgan Wallen’s racial slur late last night, we are in the process of removing his appearances from all our platforms. We do not tolerate or condone words and actions that are in direct opposition to our core values that celebrate diversity, equity & inclusion.

Recap of Past Recklessness

Fans may remember that last year Morgan was gearing up to perform on Saturday Night Live when videos surfaced of him partying. While this normally wouldn’t be an issue, this occurs during the height of the ongoing global pandemic. Furthermore, not only is he not wearing a mask, but he kisses several women. Once the skit-show caught wind of his reckless actions, his appearance was canceled.

Shortly after, getting the boot by SNL Morgan Wallen takes to his Instagram in what appears to be a heartfelt and sincere apology. He also mentions that he will take time away from the spotlight to reevaluate things. At this time, fellow Country stars and fans rally around him in support. And, a short time later, Wallen gets his SNL redemption.

However, that doesn’t seem that fellow artists will rally with him this time. Mickey Guyton seems to take the helm on calling Morgan Wallen out for his disrespectful actions. In response to TMZ’s tweet about the incident she says, “Hate runs deep. Smfh.” She goes on to elaborate. Guyton writes, “This is not the first time using that ‘unacceptable’ racial slur and we all know that. So what exactly are y’all going to do about it. Crickets won’t work this time.” It appears that there are no crickets this time when it comes to the repercussions the music industry is putting in place against Wallen.

While Kelsea Ballerini doesn’t defend Morgan Wallen’s actions, she tweets that “the news out of Nashville tonight does not represent country music.” However, it seems that fellow Country songstress, Maren Morris is in strong opposition to Ballerini. In response, Morris tweets, “It actually IS representative of our town because this isn’t his first ‘scuffle’ and he just demolishes a huge streaming record last month regardless. We all know it wasn’t his first time using that word. We keep them rich and protected at all costs with no recourse.” However, it seems that there has been recourse against Wallen. And it is most definitely about to hit him in the wallet.

Do you feel like Morgan Wallen is getting appropriate consequences for his actions? Let us know in the comment section below. Come back to Country Music Alley for more news about your favorite Country stars.