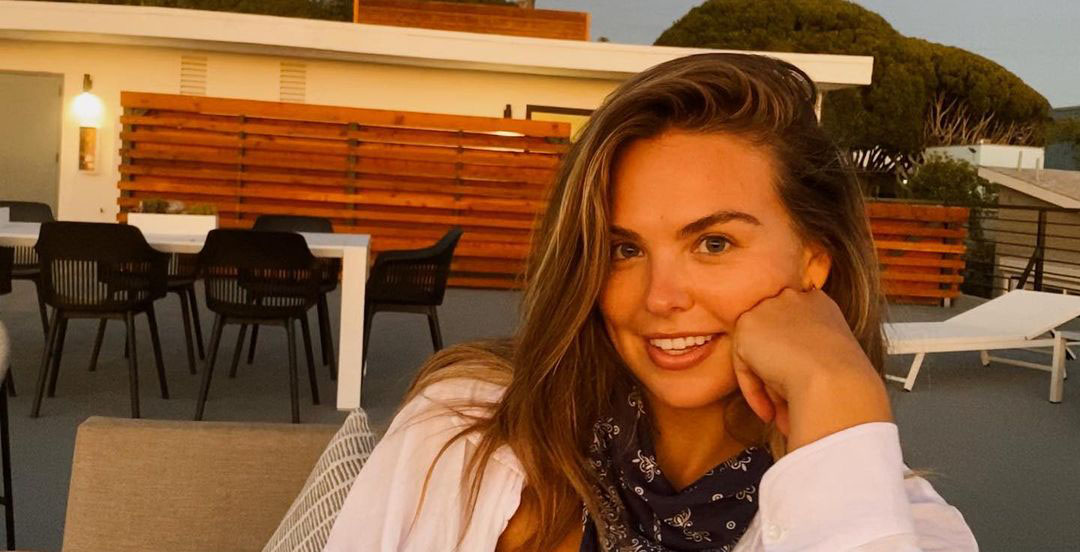 Hannah Brown adores Country music and now she’s featured in a new music video by Jordan Davis. The video for “Almost Maybes” drops on Friday 19. He dropped a teaser clip on Twitter on February 18, and Bachelorette fans no doubt fall in love with it. Actually, a few months ago, the name of the song totally suited her situation. But now she went official with the announcement that she dates Adam Woolard.

February’s been a great month for music videos. On the 12th, Blake Shelton released the video for his new single “Minimum Wage.” While some critics slammed it on social media, we reported that it performs well on the country charts. And now, fans can look forward to the new video by Jordan Davis. Featuring Dancing With the Stars winner, and Bachelorette alum, Hannah Brown, she might actually help boost the sales of the song.

When Hannah Brown shared a photo of herself with Adam Woolard, the tabloids went to town with articles about who he might be. So, she featured in the news recently. However, it seems like the focus probably shifts to the new Jordan Davis video this weekend. In a way, it seems very poignant that she appears in the video with the name of “Almost Maybes” as she went through so many similar situations. Recall, if you watch the Bachelor franchise, that she nearly fell in love what Luke Parker. Plus, she nearly married Jed Wyatt. And, she nearly paired up with Peter Weber and Tyler Cameron.

Jordan Davis met up with Hannah at the 2019 CMA Awards

Good Morning America noted that Hannah Brown simply adores Country music. In 2019, she attended the CMA Awards with her Dancing With the Stars partner, Alan Bersten. And she seemed very excited as she spent time with Jordan Davis, one of her top favorite music stars. Maybe they even discussed her working on a video for him? It’s not clear when they collaborated on it, but now the sneak peek reveals that it looks really magical.

I wouldn't be sitting here next to you If it weren't for the almost maybes… #AlmostMaybes music video is out tomorrow with @hannahbrown. https://t.co/FUSbJDwyda pic.twitter.com/3H15HWATbR

Very short, the clip gives a very quick glimpse of a man. Hannah Brown’s fans might think that it’s her new boyfriend, Adam Woolard. But it might not actually be him. ABC News Radio reported that Jordan Davis hinted at a remodeled him in the “Almost Maybes” music video. While the video shows him with Hannah while he sports his signature long beard, “the singer shared a couple of pictures that seem to suggest he’s made a change.” The photos revealed that looked like he rocked a “light scruff.”

But to find out, you probably need to wait for the full video of “Almost Maybes” that features Hannah Brown.