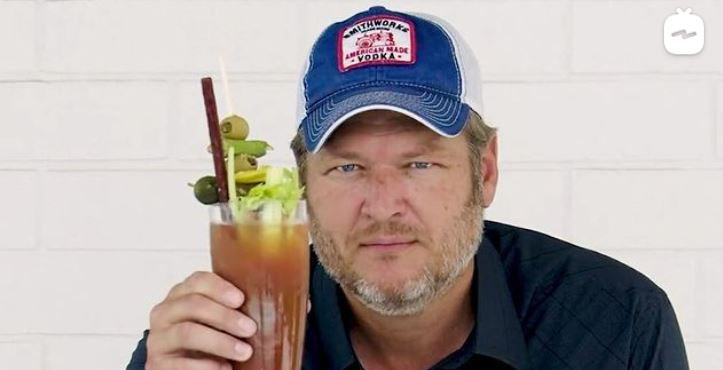 Blake Shelton released the music video for his controversial new single “Minimum Wage” on February 12. The song was penned by Nicolle Galyon, Corey Crowder, and Jess Frasure. And it is about how love makes people rich despite financial circumstances. But regardless of the criticism, the song has received, mostly over social media, it is rising on the country charts. “Minimum Wage” has already cracked the Top 30. Blake had a vision for the song’s music video. So, he asked Gwen’s brother, Todd Stefani, to help bring it to life.

Blake Shelton had the vision

Some songs are meant to be soft and personal while others are meant to be loud.  “Minimum Wage” is meant to be a concert anthem and Blake wanted that feeling for the music video. And that is what Todd Stefani delivered. Blake and his band set up at Blake’s bar Ole Red in Tishomingo, Oklahoma. They got a small group of lucky fans and performed the song live on stage.

“I really felt like the video needed to be a live performance,” Blake explained, “so we had a few fans at Ole Red in Tishomingo.”

The production crew took safety very seriously during filming. They tested everyone “on set” several times, checked temperatures, and maintained social distancing protocols throughout the process. But with some clever camera work, Todd was able to make Ole Red look full. “I’m still amazed by the camerawork and how it looks like Ole Red is packed with people knowing there were just a handful of people actually on site.”

Blake is very happy with how the video turned out and thanked Todd. “Gwen’s brother Todd captured exactly what I wanted it to be.”

Who is Todd Stefani?

While the world has heard of Gwen Stefani, they may not know that she is one of four children. She has two brothers Todd and Eric and a sister, Jill. Todd Stefani is listed as a film and video producer, but he really wears so many hats.

He has actually been involved with several videos for Blake Shelton. He directed and edited the music videos for “Happy Anywhere,” “Nobody But You,” and now “Minimum Wage.” Todd also directed the couple’s “You Make It Feel Like Christmas” collaboration.

Todd has become Blake’s go-to man for video projects, “[he is] really good at all that [camera] stuff.” Blake credited Todd completely for his “Happy Anywhere” video. “Gwen has these five years’ worth of home videos on her phone, so Todd got the camera out and we shot a few setups of us singing the song. And he edited that thing and then put the video together.” The country star admitted that the video is his “favorite” because it is “honest and real.”

However, critics of “Minimum Wage” called it “tone deaf” because of the financial struggles people had during 2020. But at its core, this is a love song. Blake stressed that fact, “…it’s a song about if you’ve got love then you’ve got everything that matters.” And love songs are the backbone of country music.

When Blake Shelton recorded the song, he talked about how it resonated with his experiences starting out in country music. “I have a lot of great memories playing dive bars in Nashville and then driving back to Oklahoma to play a gig.”

Shelton later explained how he chooses the songs he records. “I gravitate toward songs that feel like the stories of where I’ve been and where I am currently in my life, and I’ve got a lot of happiness in joy in my life these days.”

The lyrics say, “You can make a six-pack on the carpet taste like a million-dollar bill. You can make a one-bedroom apartment feel like a house up on a hill.” And Blake agrees. “It’s the timeless truth that you don’t need a lot of money or possessions, you just need love.”

Blake worried at first that the reaction to “Minimum Wage” was might be his sign to leave the industry. “I have to say, if we have to start thinking like this, then I guess that’ll be where I have to bow out. Because that’s one of the longest-standing traditions in country music is lyrics about love. And if you’ve got love, then that’s all that matters. There won’t be much left to play or write about on country radio if this is something that we have to think twice about.”

Blake’s final thought was that the haters did not listen to the lyrics and maybe don’t get country music. “If you can find something offensive about this song, I mean you’re either you’re just looking for a fight or you’re probably not a country music fan to begin with.”