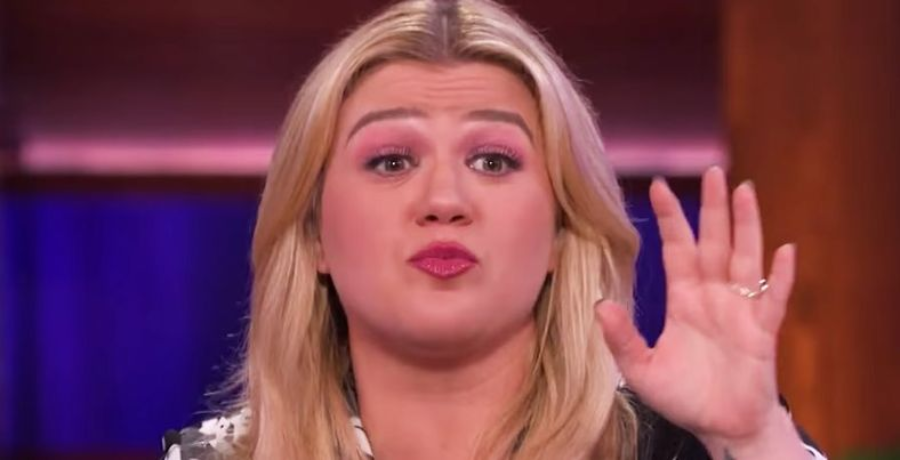 Kelly Clarkson scored a big interview. Dr. Jill Biden will make an appearance on the daytime show for the first time since becoming First Lady. On Wednesday, February 17, Kelly made the big announcement. Previously, her talk show teased that a “very special” announcement was coming.

Many people enjoy watching Kelly on the show. They enjoy her conversations with the celebrity guests as well as her “Kellyoke” segments. Viewers feel that Kelly’s show is a breath of fresh air. But most of the segments on the show are kind of light and easy to watch.

Having the First Lady on the show could take the show in a new direction.

Later on Wednesday, the American Idol alum announced that she will interview First Lady, Dr. Jill Biden on The Kelly Clarkson Show. The interview will air on Thursday, February 25. This is sure to shake up the talk show. Having a conversation with the First Lady of the United States is different than talking to a famous friend. But Kelly is ecstatic about booking the first-ever interview.

“I’m going to the White House, y’all!” she exclaimed in her video announcement. “First Lady Dr. Jill Biden and are I hanging for The Kelly Clarkson Show – I’m so excited. Tune in Feb. 25.”

Jill and Joe Biden have been married since 1977. The couple met two years prior on a blind date. At the time, one of his brothers set them up. Jill previously served as Second Lady when he was Vice President during the Obama administration. In the 2020 election, the 46th President defeated former President Donald Trump.

We’re going to the White House, y’all! Tune in next Thursday, February 25th as Kelly sits down with the First Lady, Dr. Jill Biden on The Kelly Clarkson Show! #FLOTUSonKELLY @FLOTUS pic.twitter.com/bdCg9rfkMs

The Kelly Clarkson Show continues to get rave reviews. Most viewers love her ability to talk about anything under the sun. However, it’ll be interesting what kind of chat Kelly will have with the First Lady. Her show received many Daytime Emmy Awards nominations, including one for Outstanding Entertainment Talk Show. This latest interview could really set her show in a complete direction.

She could take Ellen DeGeneres’ spot

Normally, the current administration appears on The Ellen Show. But Kelly Clarkson stole that thunder from the fellow daytime host. Ellen DeGeneres is having a hard time holding onto her fan base. This comes amid the ongoing accusations over her behavior and the workplace environment.

According to Page Six, The Kelly Clarkson Show could take over the 3:00 p.m. Timeslot. The ratings for Ellen’s show have dipped to 8 percent, according to the official stats. Insiders close to production have a feeling that it could come to an end soon. In the meantime, Kelly’s show has hit a season-high and even matched Ellen’s numbers.

“Kelly would likely get Ellen’s time slots, but Telepictures will fight to keep them,” an insider told Page Six.

Since Ellen owns the rights to her show, it can’t get revamped with a new host. So, the only other option would be to cancel it. What are your thoughts on Kelly’s interview First Lady Jill Biden? Sound off below in the comments.