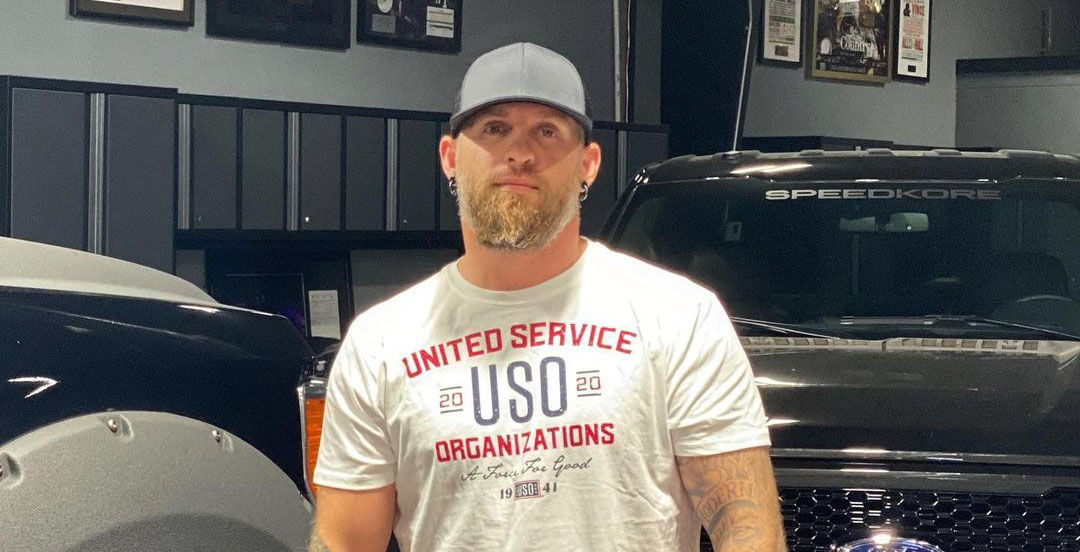 Brantly Gilbert came to the Country scene with his breakout album Modern Day Prodigal Son. Some fans may not know that this Country star came to Nashville as a songwriter. In 2007 he was signed to Warner Chappell Publishing. However, he goes on to sign with Colt Ford’s label Average Joes Entertainment in 2009. Fans also may not know how the Country outlaw feels about being a father. Read on to find out more about Brantley Gilbert as a daddy.

Brantley Gilbert is wrapped around the fingers of two little ones

Music Mayhem Magazine reports on Brantley Gilbert and how fatherhood is treating him. The thing about Gilbert as a father is that it is the prime example of not judging a book by the cover. This is because, on the outside, Gilbert has a bunch of tattoos and black clothes. However, Music Mayhem Magazine describes him as “a big old teddy bear.”

When it comes to raising children, Brantly Gilbert has the best of both worlds. His son, Barrett Hardy-Clay is 3, and his daughter, Braylen Hendrix, is 1. From the looks of it, Gilbert’s parenting style at the moment is “following their lead and letting them be kids.” He shares, “I kinda follow their lead a lot of times.”

What activities does he do with his children?

Brantly Gilbert goes on to share some activities that he likes to do with his children. Gilbert shares that he bought Barrett a T-ball set. Additionally, he gives the perfect example of how little kids have a very short attention span. “I bought him a T-ball set, a bucket of balls and stuff. And he’ll key into it and he’ll hit for about maybe a minute, and then he’s off to somethin’ else.”

When it comes to spending time with his daughter, Braylen, Brantley Gilbert shares that she has about the same attention span as her brother. “And my little girl’s much the same way.” Heartwarmingly he says, “At one and three, I’m still kinda followin’ them, lettin’ them do their thing and kinda seein’ how I fit into their world a little bit, I guess.”

One thing is for certain, without a doubt, that Brantley Gilbert loves his children. He describes it best. The adoring father says, “they’re my smile, they’re my heart, they’re my whole world.” And when it comes to all the thing Gilbert has been in his life, it seems like he has a favorite by a long shot. “I’ve been a lot of o things in my life. I’ve been a biker, a singer, just a lot of things, but being a dad is by far my favorite thing I’ve ever been.”

Are excited to see Brantley Gilbert as a father? Let us know in the comment section below. Come back to Country Music Alley for more news about your favorite Country stars.

Maren Morris’ Tour Bus Is Far From Humble
Carrie Underwood Hearkens Back To Signature Style On New Tune
Miranda Lambert Voted One Of Most Influential People 2022
Keith Urban Relies On Marital Devotion For Sobriety?
Jimmie Allen Puts The APB Out On ‘On My Way’ With Jennifer Lopez