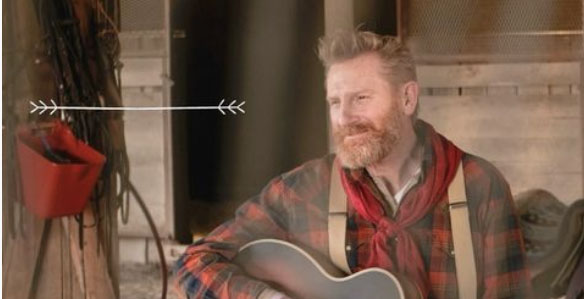 As previously reports, Rory Feek opens up about life after losing his wife, Joey. In 2016, Joey Feel lost her battle with cancer. Joey was a wife, mother, and the other half of the country music duo, Joey+Rory. To the delight of his fans, Rory Feek releases a new single.

Over the summer, Rory shares how things have been. “If I had lost Joey and Indy wasn’t here, I think I would have had a harder time than I do.” Without a doubt, losing your wife and bandmate is traumatic. However, Rory shares that God “knew [he] needed someone who needed [him] at this very time.” Which is absolutely a reference to his sweet daughter, Indy.

As if raising a child isn’t enough to keep you busy, Country Music Alley previously reports that Rory is releasing his first album since Joey’s death. And this may come as a shock to Joey+Rory fans. Initially, Rory’s stance on performing after Joey’s death is that he wouldn’t do it. However, it seems that after five years, the ACM and Grammy-winning singer-songwriter has had a change of heart.

Just a few short months after that announcement, Rory Feek releases a new single with an accompanying music video. Not only that, but Rory gives some insight into the song in a blog post on his website.

The song is titled “One Angel”. And gutwrenchingly, this song is about Joey Feek. In his blog, Rory shares that Joey’s longtime friend, Sandy Lawrence, wrote the song. He shares that when Joey passed, “Sandy was angry”. Ultimately that anger was probably also frustration, because Rory writes, “And as great writers do, she put that frustration down in a song.” Rory goes on to share a relatable quote from Harlan Howard. “Country music is just three chords and truth.” Heartbreakingly, he goes on to add, “even when the truth hurts.”

The opening guitar chords to “One Angel” are enough to send shivers down your spine. And the lyrics make tears well up in your eyes. Especially knowing how personal this song is for those that knew and loved Joey Feek.

Rory Feek goes on to share how Sandy’s husband, Jack came to visit. And so this next quote hits pretty hard. “Jack’s face. Sandy’s words. My voice. And one angel…”

Are you excited to hear new music from Rory Feek? Let us know in the comments below. Make sure to come back to Country Music Alley for more news about your favorite Country music stars.